A Defense of Difficult Questions 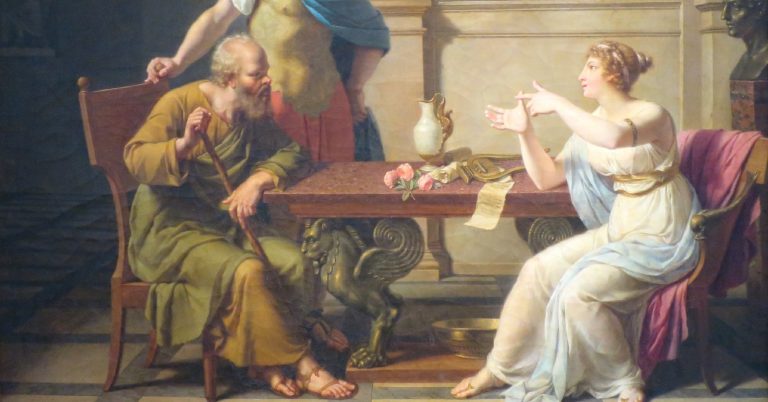 Thinking is hard work. That’s why, if I can make a mean generalization, so few people do it. Believing is, in itself, pretty easy, though oftentimes the consequences of belief can be deeply challenging. Having an opinion is the easiest thing of all. Thinking is the process whereby our minds attempt to arrive at a true understanding of reality, which, if successful, leads to knowledge (“I know there is ice at the South Pole”). Believing is affirming something about reality. It can (and should) be the result of thinking as well, to the greatest degree possible (“I believe that Jesus rose from the dead”). Having an opinion is affirming something about yourself (“My favorite color is red”). There’s nothing hard there, unless perhaps you have a bad opinion of Citizen Kane and express that opinion at a film school.

Belief stands between opinion and knowledge, and can be pulled in one direction or another depending on the person and on the belief (I didn’t come up with any of this, by the way—I got it from Plato’s Republic Book VI). A belief with reasonable justification but no strict proof is closer to knowledge; a belief that is believed with no reason at all is practically the same as an opinion. This is simply to say that there are things about reality that might be difficult or impossible to prove completely one way or another, but that can be argued about and supported with evidence. The realm of belief is more like a court case than a mathematical proof, but that doesn’t mean it is detached from reason completely. On the contrary, a true court case abounds with reasons and evidence, and the jury is challenged to think as honestly as they can about their verdict. But the fact is most court cases aren’t utterly black and white, and the evidence must be examined carefully when there is no absolute proof that caught the defendant red-handed.

So what do we do when faced with the most difficult question of all: Does God exist, in reality, aside from any belief or opinion, as a knowable fact that can be arrived at through correct thinking?

This question is a hard one. That’s exactly why it takes so much time and effort. But that doesn’t mean it’s an impossible one.

There are many thinkers who have attempted to prove that God exists, from Aristotle to Newton to St. Thomas Aquinas. Because they are difficult, they are often dismissed. I’ve even noticed a tendency to just brush aside St. Thomas’s proofs as if they have been fatally disproven. Of course, saying a proof doesn’t work or has been disproven isn’t the same as disproving it; every time I’ve looked at the actual reasons someone has dismissed these proofs, I’ve come up empty-handed.

The point here is that while the difficulty of the proofs is what allows them to be misunderstood, it cannot be any other way. The question itself is a difficult one. What I want to stress is that thinking about God, even the most basic question of whether or not God exists, is challenging in the highest degree, though not impossible. Our minds are up to the task, but we have to use them to the best of our ability.

Learn how to reason through the difficult questions in Thoughtful Theism: Redeeming Reason in an Irrational Age by Fr. Andrew Younan, a priest of the Chaldean Catholic Church who has translated much of the Chaldean liturgy from Aramaic into English and who teaches at John Paul the Great Catholic University.