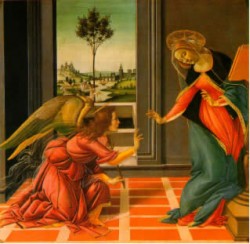 This is no ordinary Advent.

The Holy Father is treating this time as a moment of great historical significance. It’s the time of the new evangelization.

In recent months Pope Benedict has spoken and acted with great urgency about the matter. He established a dicastery in the Vatican to oversee new evangelistic efforts. He summoned a synod of bishops for 2012 to discuss the new evangelization. And he appointed U.S. Cardinal Donald Wuerl (a great friend of the St. Paul Center) to prepare and direct the discussions at the synod.

When the pope speaks about the New Evangelization, he speaks as a father to us, his children. But notice, now, how his tone is imploring. He’s not speaking primarily about missionary activity to unbaptized people. He’s begging Catholics to take up the re-evangelization of Christian countries that have lost their way, especially in Europe and the Americas.

The “advent” of this project actually goes back to 1975, when Pope Paul VI wrote his apostolic exhortation Evangelii Nuntiandi, lamenting a diminishment of energy in the apostolic efforts of Catholics. Pope John Paul II sought to remedy the situation and in 1983, while visiting Haiti, announced a “new evangelization.” He identified its launch with the year 1992, the half-millennium anniversary of Columbus’s discovery of the Americas. How serious was he about the project? Serious enough to pledge everything the Church has to its success: “I sense that the moment has come to commit all the Church’s energies to a new evangelization,” he said in his 1990 encyclical Redemptoris Missio. He even went so far as to compare the 1990s to an “advent” season of preparation before the turn of the millennium in the year 2000. Blessed John Paul foresaw a graced moment, a time when God would bless our renewed efforts to win (and re-win) the world for the Gospel.

And it has to begin with our neighborhoods, yours and mine. First of all, we need to live lives that are beacons of Christian charity. I teach at a Franciscan university, so I have many colleagues who like to say: “Preach the Gospel always. When necessary, use words.” And that’s true enough. But I suspect it’s going to be necessary for most of us to use words, much of the time. Very few people are so transparently holy that they radiate the Gospel. The rest of us need to work on our holiness, but we also need to prepare to witness with timely words—witness to Christ in the Word, Christ in the sacraments, Christ in the Church, Christ in history, Christ in his saints.

Pope Benedict’s activity nicely coincides with our own efforts, at the St. Paul Center, as we discern a plan for our second decade of apostolic work. I long ago lost count of the books we’ve produced, the web and video and audio resources, the many thousands of people who’ve attended our educational events.

Where is the energy coming from? I have to believe it’s been loosed by the Pontiffs, who enjoy the power of the keys, the authority of binding and loosing. And their word is binding on you and me.

If not for such grace called down from heaven, the task would be impossible. But we serve a mighty God, and we dare to call him Father.

We can accomplish the new evangelization with his help. I am utterly dependent on your help as well, and I thank you for all the support you’ve given us, in your prayer, in your donations, in your encouragement.

Let us spend the coming weeks preparing the way of the Lord at Christmas. What can we do to welcome friends and family back home to Church for the holiday?