Jesus is nowhere visible. Yet today’s Gospel tells us that Peter and John “saw and believed.”

What did they see? Burial shrouds lying on the floor of an empty tomb. Maybe that convinced them that He hadn’t been carted off by grave robbers, who usually stole the expensive burial linens and left the corpses behind.

But notice the repetition of the word “tomb”—seven times in nine verses. They saw the empty tomb and they believed what He had promised: that God would raise Him on the third day.

Chosen to be His “witnesses,” today’s First Reading tells us, the Apostles were “commissioned . . . to preach . . . and testify” to all that they had seen—from His anointing with the Holy Spirit at the Jordan to the empty tomb. More than their own experience, they were instructed in the mysteries of the divine economy, God’s saving plan—to know how “all the prophets bear witness” to Him (see Luke 24:27, 44).

Now they could “understand the Scripture,” could teach us what He had told them—that He was “the Stone which the builders rejected,” that today’s Psalm prophesies His Resurrection and exaltation (see Luke 20:17; Matthew 21:42; Acts 4:11).

We are the children of the apostolic witnesses. That is why we still gather early in the morning on the first day of every week to celebrate this feast of the empty tomb, give thanks for “Christ our life,” as today’s Epistle calls Him.

Baptized into His death and Resurrection, we live the heavenly life of the risen Christ, our lives “hidden with Christ in God.” We are now His witnesses, too. But we testify to things we cannot see but only believe; we seek in earthly things what is above.

We live in memory of the Apostles’ witness, like them eating and drinking with the risen Lord at the altar. And we wait in hope for what the Apostles told us would come—the day when we too “will appear with Him in glory.” 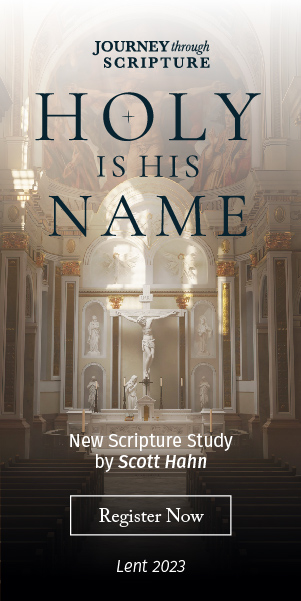