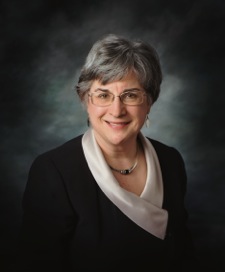 Over the last three decades, Dr. Janet E. Smith has been among the world’s preeminent voices in the study of Pope Paul VI’s 1968 encyclical letter Humanae Vitae. Her scholarship has become a trusted source of interpretation of this landmark teaching on married love, sexuality, and the transmission of life.

Dr. Smith’s focus on Humanae Vitae stemmed from her involvement in the pro-life movement. Seeing a connection between the rampant use of contraception to prevent the possibility of parenthood and the increase in abortions, she turned to Paul VI’s teaching for insight. Rediscovering this misunderstood and maligned document became for Smith a form of pro-life ministry: promoting the Church’s teachings on contraception could effectively diminish abortion. This motivating factor drew her into the study of Humanae Vitae with vigor.

The rest is history—a history that is still playing out as the Church continues to support the dignity of human life.

Smith’s seminal works have just been published in Self-Gift: Essays on Humanae Vitae and the Thought of John Paul II (Emmaus Academic) an anthology that touches on all areas implicated in Humanae Vitae.

Self-Gift includes Smith’s personal translation of Humanae Vitae, which has highlighted for scholars and pastors the significance of an often-misunderstood term omitted from several popular translations the encyclical.

A self-proclaimed “glutton for word studies,” Smith dives deep into the discussion of the word munus in the opening of Humane Vitae. While most translators use “duty”, Smith argues in one of her most important essays that munus is much closer to “mission.” The slight shift in understanding can put the whole teaching “in a more elevated context” that underscores the dignity and joy of parenthood.

Another essay in Self-Gift treats the universality of natural law and the irreducibility of Personalism. Smith says this piece ​has received favorable responses from those trying to understand Karol Wojtyla’s (later Pope St. John Paul II) Personalistic Thomism.

Because of the work of Dr. Smith and those like her, the Church has made notable gains in our ability to understand and promote Catholic teaching on married love.

As we celebrate the fiftieth anniversary of Humanae Vitae, there are over thirty-five conferences on the encyclical in the United States alone.

Smith believes that support for the encyclical has never been higher. “The US bishops are preaching on it and asking their priests to preach on it (I desperately hope this is not a one-time thing!).  Nearly all seminaries employ faithful moral theologians and the seminarians respond well to the charge to promote the teaching—I have heard some of our Sacred Heart Seminary graduates preaching on Humanae Vitae very persuasively.” ​

While Smith’s academic contributions to the study of human sexuality have been vital to the Church in America in recent decades, she measures success not by accolades and awards.

“Whenever I speak,” Smith says, “some lovely people approach me and tell me that listening to my talks led them to stop contracepting and a significant number have come into the Church. How can that not be immensely satisfying?”

Interested in learning more about the issues addressed in Humanae Vitae? Read Janet E. Smith’s Self-Gift: Essays on Humanae Vitae and the Thought of John Paul II for an in-depth treatment of the encyclical and the conversation surrounding it.