Dr. Stephen Kampowski, Rev. Jose Granados, and Rev. Jaun Jose Perez-Soba collaborated at the Pontifical John Paul II Institute for Studies on Marriage and Family in Rome. They co-authored Accompanying, Discerning, Integrating:  A Handbook for the Pastoral Care of the Family According to Amoris Laetitia. 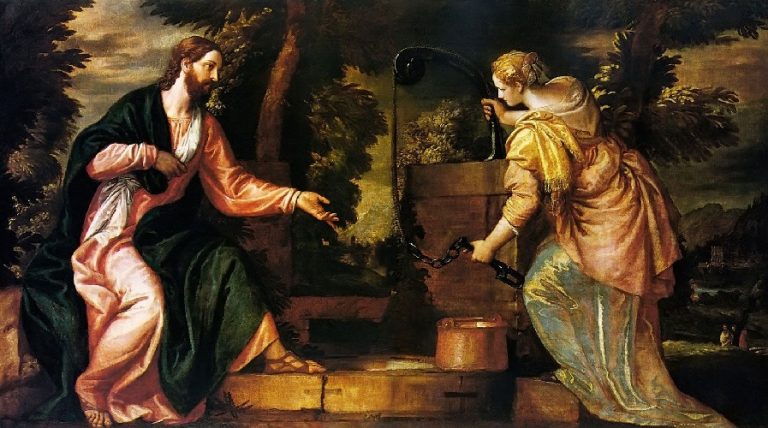 In speaking about the discernment of desire, Pope Francis makes reference to our Lord himself, who in his encounter with the Samaritan woman “addressed her desire for true love, in order to free her from the darkness in her life and to bring her to the full joy of the Gospel” (Amoris laetitia 294). Jesus offers the woman living water, an inexhaustible spring that will definitively quench the thirst of anyone who drinks of it. She is immediately interested: “The woman said to him, ‘Sir, give me this water, that I may not thirst, nor come here to draw’” (John 4:15).

Her desire for her own source of water is actually quite understandable. A private well would resolve one of her biggest problems. Her difficulty is not that she has to draw water. Everyone in her city must do this. Her problem is that she has to come at midday (John 4:6), when the sun beats harshly in a way that is difficult to imagine for anyone accustomed to the more temperate climates of the northern skies.

Jesus immediately takes another step forward, revealing that the woman’s difficulty is not primarily the fact of having to come at midday, but rather the reason why she has to come at midday. He therefore tells her: “Go, call your husband, and come here” (John 4:16), and we learn from her response that she has no husband, while Jesus himself reminds her that she has had five husbands and is now living in a free union. This is the reason why she usually comes at midday: she wants to avoid other people who might scorn her as a public sinner. Jesus very gently brings her to ask the right questions: Why do I desire what I desire? What do I truly desire? What is the deeper problem that prevents me from having what I desire?

The woman’s first reaction to the fundamental questions that Jesus poses to her is exactly what one would expect from most people of our time when they come to speak about existential questions: she dodges. She actually shifts the discussion to a more abstract and theoretical level. How does she connect the question about the proper place of worship to the reality of living with a man to whom she is not married? There is no connection. And this is precisely why she brought up the topic.

With great delicacy once again, Jesus avoids being drawn into a theological discussion, shifts his attention to a higher plane (“the true worshipers will worship the Father in spirit and truth” [John 4:23]) and also tells her something very important about himself, which he was rather reluctant to reveal publicly on other occasions (“I who speak to you am he,” i.e., the Messiah [John 4:26]). At these words, the Samaritan woman abandons her initial mission. She leaves the jar of water behind and runs toward her city. No longer afraid of her fellow citizens, she tells them about Jesus. At this point she reveals what truly touched her. It was not their theological discussion but the existential and moral discourse that had a direct impact on her life: “Come, see a man who told me all that I ever did. Can this be the Christ?” (John 4:29).

Jesus spoke to her true desire, to her heart. The problem is at the existential level, concerning what she did, and the living water that Jesus offered her is a solution to precisely this problem. It is not an external solution that only resolves the problem of having to leave the house at midday. It is a true remedy that goes to the heart of the problem. There is no longer need to be ashamed: reconciliation is possible, and in fact it has already begun, as can be seen by the fact that the woman intentionally seeks the people whom she had so carefully sought to avoid and by the fact that these people truly listen to her, believe her, and go to Jesus.

The Apostolic Exhortation Amoris Laetitia has given rise to different interpretations. Any in-depth study of its theological conclusions will undoubtedly require time and patience. What cannot wait, however, is attending to the practical questions it has raised. After all, no one can abstain from acting: priests hearing confessions, bishops who need to give guidelines on pastoral activity to their priests, and families working in the field of pastoral care. Accompanying, Discerning, Integrating: A Handbook for the Pastoral Care of the Family According to Amoris Laetitia is intended to offer sure practical guidelines on this important matter of the Church’s pastoral activity.