Drinking from the Font of Mercy 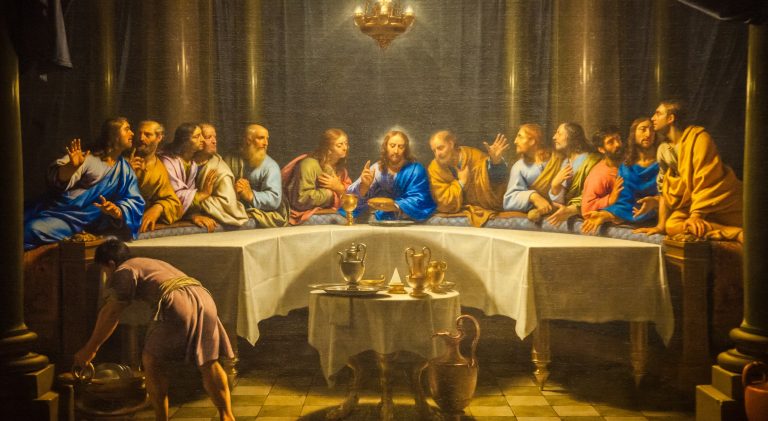 Mercy is at the heart of the Parable of the Prodigal Son. During Jesus’ time, it would have been scandalous for the son to squander his inheritance—let alone to request it while his father was still alive. For the father to take the first step toward his returning son would have been highly inappropriate, and yet this is exactly what the father does; he runs to him, he embraces him, and he kisses him (see Lk 9:20). In this story, the father—a model of God the Father—desires mercy and reconciliation, which reveals how mercy reaches beyond the boundary lines of societal norms. The father stands as the figure who forgives, representing the sentiment of all fathers, “I love.”

Consider the eldest son, who gives us a portrait of envy and entitlement. He puts expectation at the heart of what he does, which ultimately leads to disappointment and resentment. His self-centeredness, as this story reveals, results in the inability to see his brother as a brother. A man without gratitude is a man without the disposition to forgive. The eldest son stands as the figure who expects, representing the all-too-popular sentiment, “I deserve.”

The prodigal son shows us the full scope of sin-repentance-conversion. Certainly, we all can identify with this cycle. At different points in our lives we too have given into the desires of the flesh and wanted more than we should have. Ultimately, this has left us with a skewed understanding of who we are and where we are going. Hopefully, we realize our sin and resolve to change. The younger son stands as the figure who repents, representing the sentiment of a contrite heart, “I sin.”

Let us never be the sinner who says: “I deserve,” expecting forgiveness. What folly for the younger son if he adopts the elder brother’s behavior! Who could imagine Cinderella going to the ball as one of her step-sisters?

As every baptized person has their prodigal story to share, every baptized person has their opportunity for full restoration of family membership. We must fight through the tension of thinking something is owed to us and appreciate all that has been given to us. We hope and pray that we, too, hear those words from the Father, “You were dead, and are alive; you were lost, and are found” (see Lk 15:32). Like the younger son, we would no longer be wasting away in misery and despair, but renewed in joy, hope, and the superabundance of God’s mercy! Out from the depths of despair the prodigal son was renewed.

We cannot show mercy if we are not first drinking from the font of mercy. This is the sacramental life: we receive so that we may then live and proclaim what we have received. Baptism is the chief sacrament of the Catholic Church because it is the sacrament through which we are incorporated into the Body of Christ and become members of God’s family (see CCC 1213). The Church calls Baptism our first and fundamental conversion to Christ, because in it we are “sanctified” in Christ, made holy and set apart for a holy purpose (see 1 Cor 1:2). We live in the world but are not of the world. As Paul tells it, we have “put on” the cloth of Christ (Col 3:10), becoming new men (see 2 Cor 5:17). In Baptism we receive the very life-giving force that is the essence of the Trinity—that mutual self-giving that lights up the world. This is God’s mercy!

Joseph Hollcraft, founder of Seeds of Truth Ministries, is an adjunct professor to the Avila Institute and host of the Seeds of Truth radio program. He is the author of A Heart for Evangelizing, available through Emmaus Road Publishing.