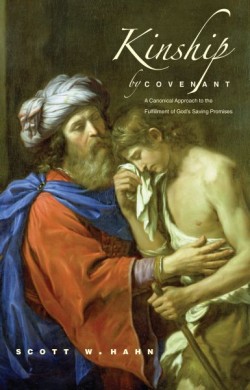 This month, the Church brings the Year of St. Paul to a triumphant close, and I can’t help but feel a twinge of sadness at its passing. For us at the St. Paul Center, it has been a year of graces. If all we had to do was follow the teachings of Pope Benedict on the theology of our patron, it would have been exalted enough. But it would not have been nearly “Pauline” enough.

For St. Paul the cross of Jesus Christ was the only true source of glory—and so it was fitting that we, like so many of our friends, have known hardship during this year of economic downturn, political turmoil, and cultural exhaustion.

You have been kind to us. People write us daily to assure us of their prayers, sacrifices, and continued support, even as they struggle with immense personal difficulties. We feel a deep obligation to remember you as we go about our work for the Gospel and as we pray together, daily, in the office and before the Blessed Sacrament.

And for me this is a great month, because I have returned to my own beginnings and, at last, brought them to a satisfying conclusion.

This month, my book Kinship by Covenant appears from Yale University Press as part of the prestigious Anchor Bible Reference Library. I’m not saying that to impress you. I’m saying it because I can hardly contain my excitement. I’d say I feel like a batboy who’s been called up to play for the Yankees—but that’s not quite accurate. I feel like a batboy who’s been awarded a starting position on the 1927 Yankees, the team of Babe Ruth and Lou Gehrig, considered by sportswriters to be the greatest lineup of all time.

The book grew out of my doctoral dissertation, which I wrote in 1995. Since then it’s been rewritten twice — not revised, but rewritten, to incorporate the findings of more recent scholarship, including my own. This book lays the scholarly foundation stone for any edifice I build for teaching and preaching, for my work in universities and seminaries, for our work at the St. Paul Center. Every footnote tells the story: we’re building on solid rock. The Anchor Bible “imprimatur,” with its Ivy League publisher, enables us to boldly go where few Catholics have gone before.

I thank you for helping to make this possible, by your prayers, encouragement, and support of the St. Paul Center. This book is, for me, a sweet fruit of your efforts. I am profoundly grateful.

To return to my paraphrase of the poet, T.S. Eliot: in these ends we find a new beginning, a new vigor. And I promise, as he did in that poem: “We shall not cease from exploration.”

We could not do it without you. Let’s resolve to carry the spirit of the Year of St. Paul into a new year, and into every year, and into a waiting world.