Engagement Is a Time of Transition Engagement is a whole new stage of a relationship. It is the time when a couple transition from their parents’ orbit to establish their core. Though newlyweds will not jettison to a separate universe, their parents will recede to their periphery. Consequently, this is a time of transition for the families as well as the couple. At this point our family includes fiancées in family photos and on family vacations. We give them gifts for their birthdays and Christmas, though not yet as much as a son or daughter. (Following the wedding we do not differentiate between our children and our sons- or daughters-in-law in gift-giving.) At the same time we welcome each son’s or daughter’s fiancé(e)into our family, we acknowledge ways the couple is differentiating from our family.

The guessing games are over—the ifs have become whens. Your son or daughter now knows that he or she will get married and whom he or she will marry. Each has chosen a beloved and been chosen. Now they can prepare for their life together!

For the young man this sense of resolution will be accompanied by a growing sense of responsibility. A couple days after Scott proposed, I spotted him in the lobby of his dorm. He looked as if the weight of the world was on his shoulders.

"Scott, what’s wrong?” “I’m engaged,” he said quietly, looking very pensive.“ Is that a bad thing?” I could hardly believe I was asking, but I needed to know. “How will I feed you?” he asked in all seriousness. I wanted to tease him by telling him I could feed myself. I also thought of saying that God would provide for us. I wanted to save him from feeling overwhelmed, but I knew this sense of responsibility was God-given.

First, God was the one who had called Scott to provide as a husband. Second, God was the one whom Scott needed to trust for that provision. (And God has provided through Scott’s labor for more than thirty years.) It was humbling for Scott to realize how much more he had to depend on the Lord to provide through him for us. Scott’s sense of peace increased the more he prayed with thanksgiving for God’s provision.

Bridal magazines’ timetables make it seem as if you need at least a year and thousands of dollars to plan a wedding. Take what is helpful; ignore what is not. Many people have been wed for much less money and in less time.

As parents of an engaged son or daughter, you remain a significant source of affirmation and support. Your interaction is part of their marriage preparation. Encourage the couple to meet with their pastor and begin the marriage preparation required by their diocese. (With few exceptions, the Church requires an engagement period of six months to a year, depending on the diocese, for marriage preparation.) Offer them a copy of Chosen and Cherished: Biblical Wisdom for Your Marriage, with specific questions for engaged couples in Appendix C.

After an eighteen-month engagement, just six weeks prior to their wedding date, a couple I know canceled their wedding. The invitations were stamped; her wedding dress hung in the closet. They knew they loved each other, but they no longer felt in love. No use going through the motions and ending up with an unsatisfying marriage, they thought.

I shared Gary Chapman’s The Five Love Languages with the woman. Was it possible that during this lengthy engagement they had stopped speaking each other’s primary love language? Maybe he no longer had quality time for her because he was juggling a job and extra classes so they could get married. Perhaps the little time they had together she spent criticizing him for not being available instead of affirming his sacrifices.

The concept made sense. She immediately bought Gary Chapman’s book and read it, then asked herfiancé to read it. A week later I saw them at the chapel. She was beaming; the diamond ring was on her finger again. The wedding was on! Years later the husband thanked me. “I would have missed the love of my life!”

KIMBERLY HAHN is a Catholic speaker and author who for decades has shared her wisdom with other wives and mothers. Married to Scott for more than forty years, they have six children and nineteen grandchildren. After homeschooling for twenty-six years, Kimberly now serves as Council-at-Large in Steubenville, OH, and hosts the St. Paul Center podcast Beloved and Blessed. 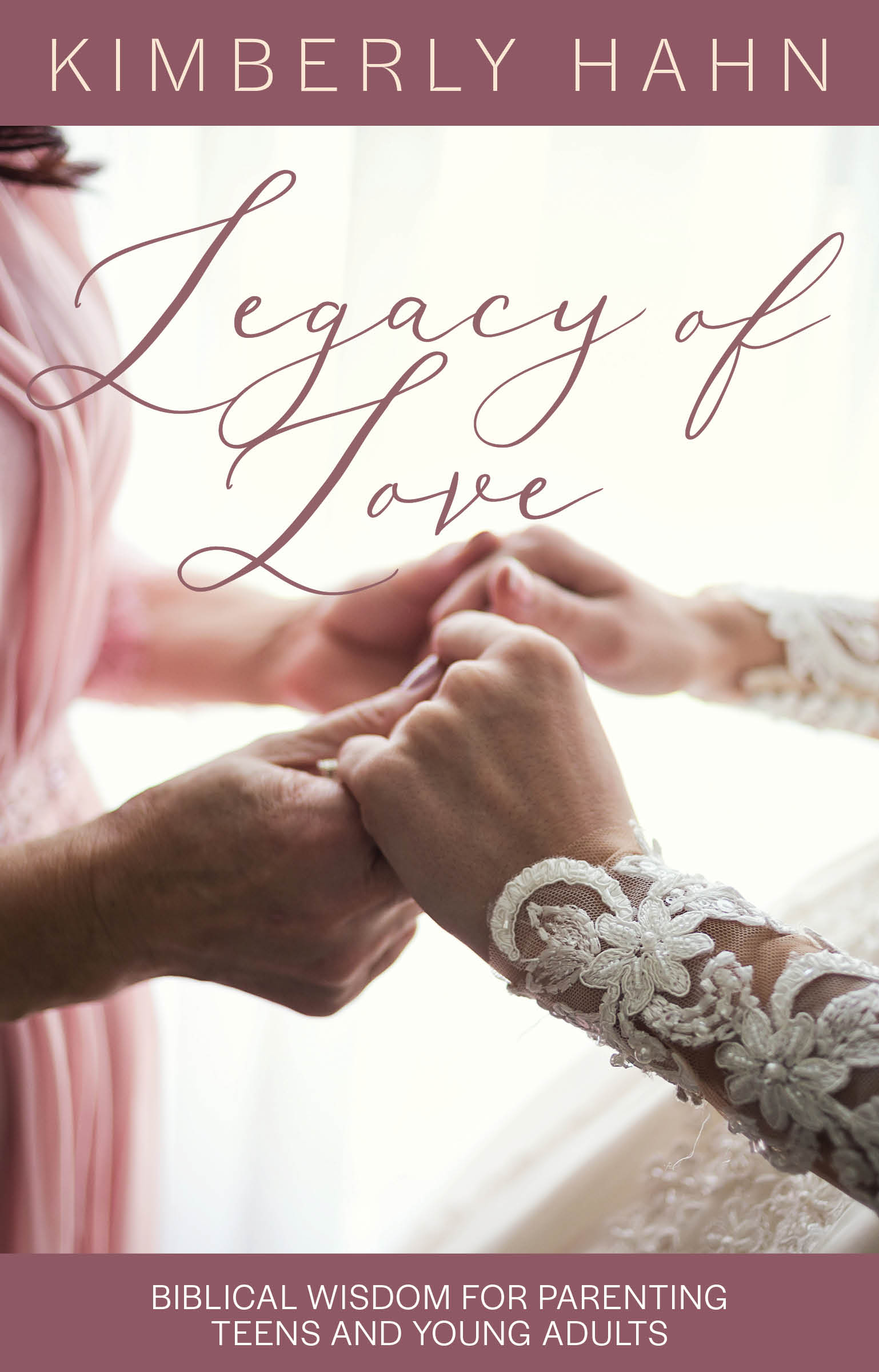 Every stage of parenting presents its own challenges, but raising teens and young adults can be a unique time that many are unprepared for. In Legacy of Love: Biblical Wisdom for Parenting Teens and Young Adults, Kimberly Hahn draws from Proverbs 31 to help families navigate the transition from childhood to adulthood.

Topics in Legacy of Love include developing compassion for the poor and undertaking works of mercy, friendship and courtship, and growing into new relationships with in-laws and extended family.

Perfect for personal or group use, Legacy of Love will help you foster fruitful and lasting relationships with your children as they grow into young men and women.