From Triumphal Entry to the Cross: Did Jesus Really Think God Had Forsaken Him? 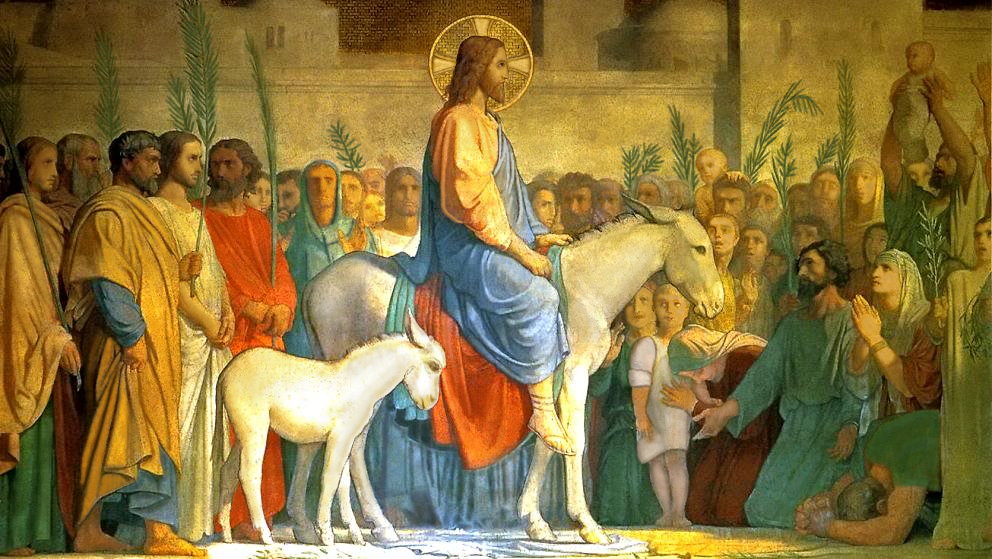 The readings for Palm Sunday might seem bipolar or schizophrenic, but they help us to understand the events that are soon to come during the Triduum and Easter. We begin Mass with exultant cheering as we relive Jesus’s triumphal entry into Jerusalem. We end the readings on a note of solemn silence, unable to process the reality of one of the most egregious abuses of judicial process and power in human history, in which the only innocent man ever to live is executed. What does it all mean?

Despite a few mysterious prophetic texts that seemed to intimate this possibility, the idea that the Messiah could arrive and subsequently be killed was radically counterintuitive to most of first-century Jews. Yet the conviction of the early Christians, based on Jesus of Nazareth’s own teachings about himself, was that the radically counterintuitive impossibility was actually prophesied, if one had the eyes to see and the ears to hear it in Israel’s Scriptures.

The Responsorial Psalm is perhaps the most dramatic in the Psalter, and has always been understood as a prophecy of the Passion.

In Christian interpretation, we are used to thinking of the Old Testament as speaking literally (for example, of the “Promised Land”), but these literal statements receive a figurative fulfillment in the New Testament (the “Promised Land” means heaven). In certain instances, however, this pattern is reversed. Psalm 22 is an example.

In certain places, the psalmist (David, according to tradition) describes his afflictions in a way that can only be figurative or hyperbolic: “I am poured out like water,” “All my bones are out of joint,” “They have pierced my hands and my feet,” “I can count all my bones.”

Another example of condescension is found in today’s Gospel. Zechariah 9:9 speaks of the Messiah coming to Jerusalem on an “ass, and on a colt, the foal of a beast of burden.” By itself this is simply Hebrew poetic parallelism. Only one animal is meant. Yet as we saw in Matthew’s Gospel for the Palm Sunday Procession, Jesus has the disciples procure both a donkey and its colt in order for him to ride on. Jesus’s intention was, in a sense, to fulfill to the letter or overfulfill the prophecy in order to drive the point home to the surrounding crowds. “That’s strange! Why does he have two animals? Oh, I get it!”

Back to Psalm 22: this psalm is one of the most complete Todah psalms in the entire Psalter.

Todah means “thanks” or “praise,” and the Todah is the “sacrifice of thanksgiving” legislated by Moses in Leviticus 7:11–15. It was a kind of animal sacrifice not offered in reparation for sin but out of thanksgiving for some saving act that the Lord had done for the worshiper. Excellent work on the Todah and its significance for the psalms has been done by Hartmut Gese, followed by Joseph Ratzinger, and summarized superbly by Michael Barber.

The Todah was a festive sacrifice offered as part of a lived cycle of experiences in which you (1) began in a situation of distress, (2) cried out to God, (3) made a vow to offer the Todah if God would save you, (4) were saved by God, (5) paid your vow by offering the Todah sacrifice in the Temple, (6) had a festive party as you and your family and friends ate the meat of the sacrifice and all the bread that was required, and (7) gave public testimony to all assembled in the Temple concerning how God saved you.

Interestingly, the Passover, if categorized according to the genres of sacrifices in Leviticus 1–7, would fall under the category of the Todah sacrifice.

The Todah is significant to the Psalter because it seems that a large number of psalms were written for part or all of the Todah cycle described above. Important Todah psalms include Psalm 116 (my personal favorite), Psalms 50, 56, 100, and several others, including perhaps the most complete, today’s Psalm 22.

Jesus cites Psalm 22 from the Cross. The so-called “cry of dereliction,” (“My God, my God . . .”) is, of course, actually the first line of Psalm 22. I think Jesus’s cry from the Cross is over-read theologically sometimes, as if it indicated that Jesus felt utterly separated from the Father or lost the beatific vision. I do not contest that Our Lord’s sufferings were extreme and difficult for us to comprehend, but the cry of dereliction is not proof that he lost the beatific vision or experienced radical separation from the Father.

The psalms in antiquity were almost certainly not known by their present numberings because the numbering systems varied according to different editions of the Psalter (for example, Qumran’s 1QPsalms). The way to refer to a psalm was probably by its first line—a practice similar to the traditional Jewish naming of biblical books by their first words (also done in the Catholic tradition with Papal documents).

So, when Jesus cites “My God, my God . . .” from the Cross in today’s Gospel, he is really making a reference to all of Psalm 22, inviting the bystanders to interpret what is happening to him in light of this psalm.

With that in mind, fast-forward to the end of Psalm 22. How does the psalm end?

The “assembly” spoken of here is the qahal in Hebrew, the ekklesia in Greek, the Church in English. It’s a mystical prophesy of the glorification of God in the Church, which will ever praise him for the salvation he accomplished for his messianic Servant.

Too bad our Responsorial only quotes part of the end of the psalm because many other things are mentioned in Psalm 22:22–31, including the “poor” eating and being satisfied (v. 26; Eucharistic typology) and future generations praising God (vv. 30–31; the transmission of the faith through the generations).

Then ask yourself the question, “Do you think Jesus knew how the psalm ended?”

John Bergsma is Professor of Theology at the Franciscan University of Steubenville. A former Protestant pastor, Dr. Bergsma has authored several books on Scripture and the Catholic faith, including Jesus and the Dead Sea Scrolls: Revealing the Jewish Roots of the Church and A Catholic Introduction to the Bible: Old Testament with Brant Pitre. Dr. Bergsma speaks regularly for parish missions, diocesan conferences, clergy convocations, and other events nationally and internationally. He and his wife Dawn reside with their eight children in Steubenville, Ohio.

The Word of the Lord is a video subscription that gives weekly reflections on the Sunday Mass readings by Scott Hahn and John Bergsma. Take a deep dive into the Mass to prepare yourself each week. Dr. Bergsma and Dr. Hahn engage the readings of the Liturgy of the Word to provide their context and deeper meaning. But they go deeper than a scholarly discussion—they also ask how the readings apply to our own lives and the times we live in now. 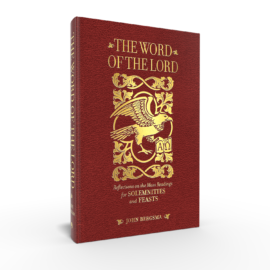 The Catholic Lectionary guides us through the liturgical year, presenting Old and New Testament readings that together reveal God’s unfolding plan for our salvation. In The Word of the Lord: Reflections on the Mass Readings for Solemnities and Feasts, biblical scholar Dr. John Bergsma provides commentary alongside each celebration’s readings.