In the Order of Melchizedek 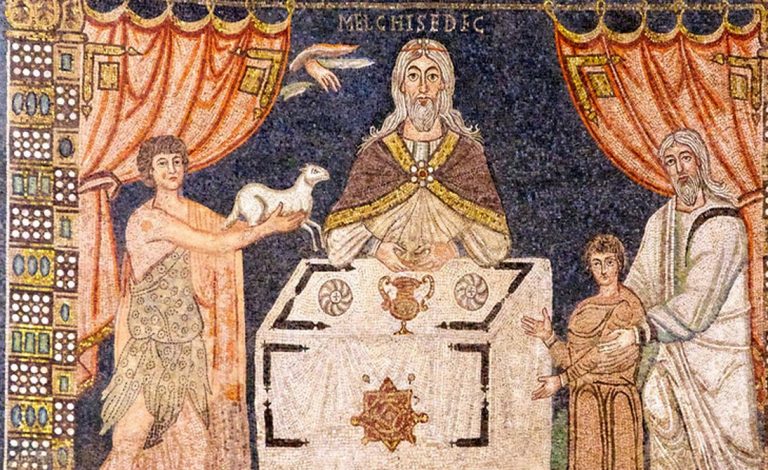 Throughout salvation history the People of God have always had priests to mediate between God and man. The priests offered sacrifices to atone for the people’s sins and officiated over the liturgy. The priests of the Old Covenant offered sheep, goats, and bulls. In the New Covenant, Jesus, who is at the same time the high priest and the sacrifice, offers Himself on the Cross to the Father in heaven. By virtue of our Baptism, each Christian shares, to a certain degree, in Christ’s priesthood. This priesthood of all believers is known as the common priesthood of the faithful (CCC 1591). We offer the sacrifices of our lives to the Father in union with the sacrifice of Christ, which the priest presents to Our Heavenly Father at the Mass.

Out of this common priesthood of all believers, certain men are called to the ministerial priesthood, which was instituted by Christ and has been passed down from the apostles. These New Covenant priests, ordained by the laying on of hands, participate in the priesthood of Christ by offering to the Father in the Mass the sacrifice of Jesus on Calvary.

Jewish tradition and the early Church Fathers believed that Melchizedek (“king of righteousness”) was the throne name of the first-born son of Noah: Shem. According to Shem’s genealogy, he outlives Abraham, and this would explain the passing on of the blessing from Noah to Shem to Abraham. This may also explain why Saint Paul stresses that Jesus is the first-born of many brethren (Rom 8:29). As God’s eternal first-born son (first-born does not necessarily mean that there are subsequent siblings; an only child, for example, is still a “first-born”), Jesus is the eternal high priest of God. Whether or not Melchizedek is Shem, it is clear that the Messiah, according to Psalm 110, would be a priest—not a priest of the order of Levi, but of the order of Melchizedek.

The role of the priest is to offer sacrifices for the atonement of sin. Jesus does not offer up the blood of bulls and goats, but rather He offers His own body and blood on the Cross. The Letter to the Hebrews describes the contrast between the sacrifices of the Old Covenant priesthood with that of Jesus:

“And every priest stands daily at his service, offering repeatedly the same sacrifices, which can never take away sins. But when Christ had offered for all time a single sacrifice for sins, he sat down at the right hand of God. . . . For by a single offering he has perfected for all time those who are sanctified. (Heb 10:11-12, 14)”

In the sacrifice of the Mass, the one perfect sacrifice of Christ on the Cross is re-presented to the Father for the sanctification of the Church. Thus the Catechism can say, “Everything that the priesthood of the Old Covenant prefigured finds its fulfillment in Christ Jesus, the ‘one mediator between God and men’” (CCC 1544).

Sacraments in Scripture: Salvation History Made Present is a Bible study on the seven sacraments, prefigured in the Old Testament and instituted by Jesus Christ in the New. Following the teaching of the Second Vatican Council and the Catechism of the Catholic Church on Sacred Scripture, Tim Gray delves into the biblical origin of each of these masterpieces of God’s love. In Sacraments in Scripture, Tim Gray guides readers through the Gospels, showing Christ’s deliberate acts that inaugurated these sacred signs as the foundation of the New Covenant.