Jesus and the Holy Innocents: The New Testament and the Old 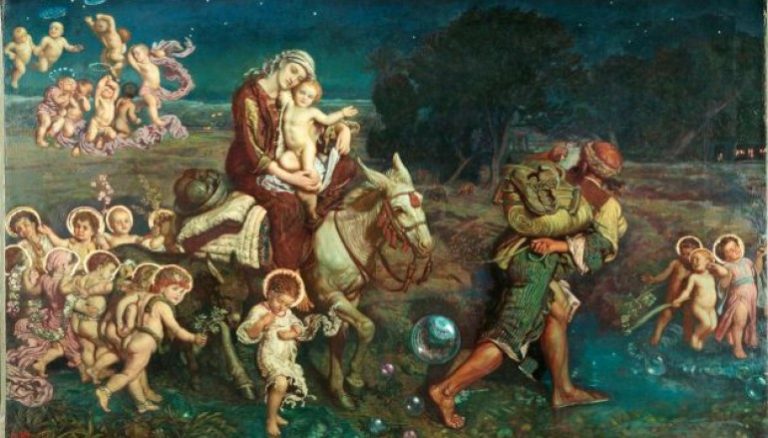 Matthew tells of Herod’s decree to kill the young male children around Bethlehem. Jesus escapes with his parents to Egypt only to come back to Israel later, after an angel appears to Joseph, telling him, “. . . those who sought the child’s life are dead” (Matt 2:20).

All this would remind ancient Jews of the story of Moses in the Book of Exodus. Just as Jesus was born during Herod’s murderous decree, so Moses was born during Pharaoh’s murderous declaration that every male child born to the Israelites should be thrown into the Nile River. And just as the Christ child escaped death by fleeing to Egypt where he was raised for a bit, so the baby Moses escapes death by being raised in the highest Egyptian household when Pharaoh’s daughter takes Moses as her own child. Finally, Moses will return to his fellow Israelites when God appears to him in a burning bush, saying, “all the men who were seeking your life are dead” (Ex 4:19). These are almost the exact same words the angel spoke to Joseph when Jesus was to return to the land of Israel: “Rise, take the child and his mother, and go to the land of Israel, for those who sought the child’s life are dead” (Matt 2:20).

Right from his birth, Jesus is being presented as a New Moses, which is an important paradigm for understanding what Christ’s life is all about. Just as Moses liberated the people from slavery in Egypt, so Jesus will lead the people in a New Exodus, liberating them from sin—a theme, we will see, that Matthew will develop more throughout his Gospel.

Another subtle connection Matthew makes with the Old Testament is found in St. Joseph, the husband of Mary. Matthew points out a number of details that would remind us of another biblical hero with the same name: the patriarch Joseph in the Book of Genesis.

Both Josephs also are known for their dreams. St. Joseph is given important dreams through which God guides him to take Mary as his wife, to flee to Egypt, to come back to Israel, and to avoid returning to Judah. This would recall the patriarch Joseph who was famous for having dreams in his childhood about his future rise to glory and then, in his adult years, interpreting other people’s dreams like Pharaoh’s visions about seven years of abundant harvest in the land followed by seven years of severe famine. Finally, both Josephs were known for protecting their families—St. Joseph protected his family from Herod’s massacre while the patriarch Joseph saved his family from famine.

The magi and Balaam, the baby Jesus and baby Moses, St. Joseph the husband of Mary and the patriarch Joseph. These are just a few of the plethora of parallels between the story of the Old Testament and the story of Jesus that are found in Matthew’s Gospel. Be on the lookout for these kinds of allusions every step of the way, for Matthew is constantly making connections to Old Testament people, events, stories, laws, prayers, and prophecies and he assumes his readers will follow his moves. The more we know about the Old Testament, therefore, the more we will track with the Gospel accounts of Christ’s life. To assist in this process, we will continue to unpack that key Old Testament background so that we can more fully appreciate all that Jesus says and does in his ministry. 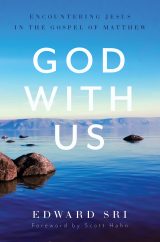 Much has been said about why Jesus died. This book focuses on why Jesus lived. God with Us: Encountering Jesus in the Gospel of Matthew shows that Jesus didn’t just come to be our teacher, a miracle work or prophet, or even just Israel’s savior and redeemer. Jesus is Emmanuel, God with us. Notable Scripture scholar Edward Sri leads readers on a faithful exploration of Jesus’s kingdom-building mission and how it revealed God presence, which remains with us today.