Modern Ideologies and the Loss of Reality 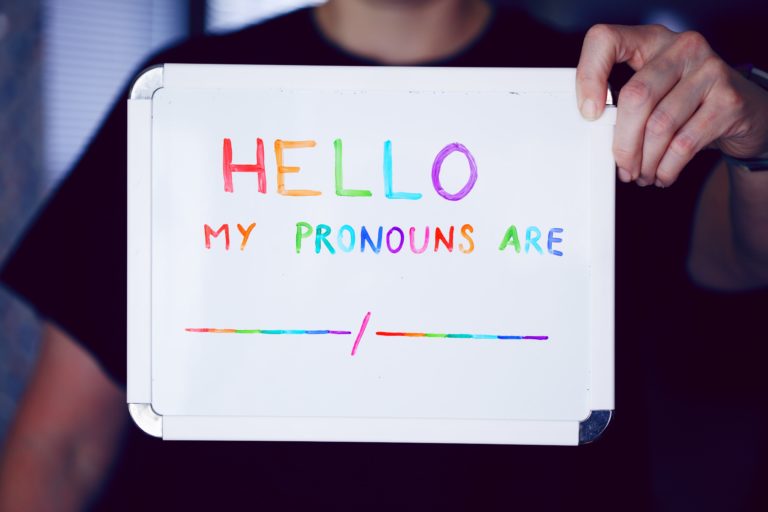 The essential problem we face in the Western world is the loss of reality. We have entered into a nihilistic view of the world in which nothing is what it is, where there is no such thing as “what something is.” According to this view, something only becomes what it is when we determine it. It is called the “plasticity of reality.” Everything is subject to man’s reshaping or designating of value.

We have adopted a philosophical outlook that rejects metaphysical realism, which is the foundation of Western civilization. Metaphysical realism is an essentially Aristotelian view of the world, which, when combined with the Roman legal mind, produced Western civilization in the pre-Christian period. Christianity then added the supernatural understanding that correctly guides sense perception. Understanding accurately the nature of things is complemented by the supernatural understanding of the divine purpose of creation.

The perfect example is gender ideology. The idea is that I’m going to treat something in a certain way because that’s the way I think it should be. I’m going to determine that something is this way, and if you disagree with me, then you are a hateful person who has to be coerced or somehow constrained or even “cancelled.” This is the gender-ideology fascism that we’re going through today, where if you travel to a certain region and you’re instructed that Miss Jones is now Mr. Jones, if you ever call her “she,” you’re going to be fired, fined, or perhaps arrested. That’s a coercive use of power in order to enforce an imaginary worldview which is, of course, false. It’s really a pathological view that’s now being elevated to a legal status in our country.

Gender ideology is just one example of the flight from reality. The same can been seen in the case of abortion. It’s not a baby because I don’t want it to be. The same is true for so-called same-sex “marriage.” It’s a marriage because I want it to be a marriage. No, it isn’t. The same is true for “gender non-conformity,” the idea that there can be a “transgender” person, someone who says he’s a male but really is biologically female, or the idea that there’s something beyond male and female (“non-binary”). It’s all a denial of reality and a failure to make proper use of the intellect to conform one’s thinking to what is true.

The sexual revolution in the 1960s is one of the starting points for the current decline. The broader perspective in the twentieth century goes back to the two world wars during which Europe largely self-destructed, meaning that one part of Europe tried to destroy another and the other fought back. In the process, however, the one did such damage to the other. European man and people in the European sphere lost confidence in European culture. The Catholic Church remained faithful to her teaching but came under pressure from the idea that we have to create a new world and a new Europe.

The Second Vatican Council was an attempt to incorporate the idea of finding a new way to exist in the post-war world. Beyond this, however, the idea was to try to come up with a new way of conceiving of the order of Christian society in Europe. But it largely failed on this score because it wasn’t done in a vacuum: the Communist world and Socialist ideology wanted to get rid of the Christian worldview that had become subject to doubt after two world wars. Confrontation with atheistic ideologies on the level of ideas gave way to finding a form of co-existence, which has had disastrous results.

This came across the ocean and arrived on American shores. Couple this with the libertine philosophy that led the way in the breakdown of a common understanding of sexual relations, marriage, and family. In the United States, this was combined with a rejection of authority, and a necessary reckoning with racial injustice that led some to reject the whole American social order as unjust. “Tear it all down” was the revolutionary cry.

For most people, “authority” is the institution that has legitimate coercive power over the community. In other words, it is the institution that controls the police and the military and the jails. But this is an inadequate view of authority. Authority is the representation of a just order in society and the guarantor of that justice, when it acts in accord with the nature of man and the nature of the material creation, that is, in accord with God’s purpose in creating man and the rest of the world.

Only the Lord knows how long this trial will continue in the Church. The Israelites wandered in the desert for forty years, never knowing when they would reach the Promised Land. What they did know was that God was displeased with their infidelity. We are called to repent of our own infidelities and to encourage our neighbors to return to the Lord through obedience to his words. We must pray that God will raise up saints to inspire and lead the faithful on this path of renewed faithfulness to God. 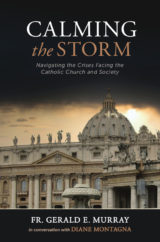