Mother of the Living: Eve and the Fall 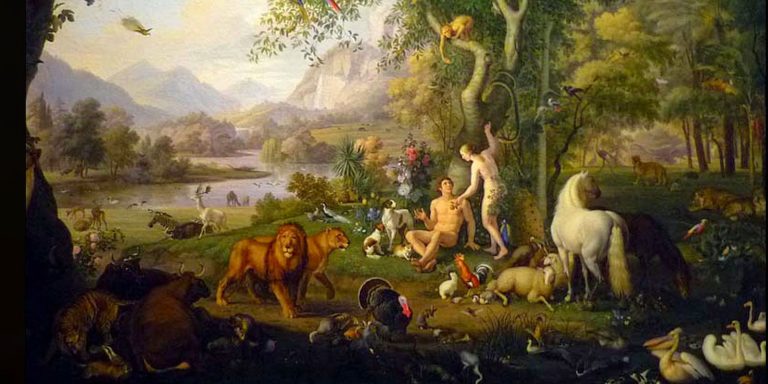 The story of Adam and Eve and the eating of the forbidden fruit is an all-too-familiar story—so familiar that its meaning is taken as seriously as that of a childhood fable. All of us know it, much as we know the story of George Washington chopping down the cherry tree, and Jack and Jill tumbling down a hill. However, the truth conveyed in this story is much more than a mere moral lesson of human folly.

The story of the Creation and Fall of Adam and Eve tells us the fundamental truths of Who God is and of what His Creation is about. In this story, inspired by the Holy Spirit to inform God’s children about their Maker and themselves, we learn about the dignity of human beings, the reason for our suffering, and the inexhaustible love our heavenly Father has for us. Furthermore, and more specifically, we learn about the equal dignity and interdependence of man and woman, the mission of man, and his rebellion against God. With this explanation, at once simple and complex, of the beginning of everything, we begin studying salvation history—the countless years in which God has sought out His children, and His children have rebelled and repented.

It is difficult to underestimate the significance of Eve in salvation history. From her, we learn about who we are as women and about our place in the Creation. Because of her, we suffer, for her actions have affected all of mankind for thousands of years. To this day, we wrestle with the consequences of her behavior as we struggle with our own.

The end of the story of the Fall contains many fascinating details. First (and quite ironically) following their Fall and spiritual death, Adam named his wife Eve, “because she was the mother of all living” (Gen. 3:20).

Second, God’s mercy is displayed fully as He expels Adam and Eve from the garden, “lest he [Adam] put forth his hand and take also of the tree of life, and eat, and live for ever” (Gen 3:22). In addition, God places cherubim, with flaming swords, to guard the way to the tree of life. God’s provisions to protect us from eating from the tree of life are merciful, for the consequences of eating it would be eternal damnation. Why? Had Adam and Eve eaten from the tree of life, we would have remained forever in the state of separation from God. He had a plan to save us from the beginning, and He did not want us to be expelled from His sanctuary forever.

Finally, we read that the cherubim were placed “at the east of the garden” (Gen 3:24). It might at first seem like an insignificant detail, but often in the small details of Scripture we gain beautiful insights into the details and the depth of God’s love. The Garden of Eden is considered God’s primordial sanctuary, and Adam and Eve were expelled east of the garden, and out of the sanctuary, after their Fall. This movement eastward continues in the family of Adam and Eve. After Cain murders his brother Abel, he moves further eastward, further away from the sanctuary of God, to the land of Nod (Gen 4:8-16). When God’s People, under the direction of God Himself, built the Temple, it was a three-part structure that faced west, beginning with the inner sanctuary, or most holy place, in which was placed the ark of the covenant. Farther east was the sanctuary or holy place, and farther east still was the vestibule or outermost court of the Temple. The Temple was designed so that as the people entered God’s house they would be facing west, and when they left, they would be going east.

Physical distance is a sign of spiritual separation, so the expulsion of Adam and Eve from the garden was symbolic of their exile from their friendship and intimacy with God. Here, we begin to learn of God’s pedagogy, which He still uses with us through the Church’s sacraments. Even from the very beginning, God has chosen to use physical means to express spiritual realities. And in this instance, God is teaching us that sin drives us away from His presence.

The course of history was forever changed when Adam and Eve failed to pass the test God had allowed them to endure. With the deception of Eve and the cowardice of Adam, the Devil had successfully orchestrated the Fall of the entire human race. Generations hence would be born “children of wrath” (Eph 2:3), spiritually separated from the Father they were created to love, our only Source of everlasting peace. Thankfully, God is a merciful and forgiving Father who had a plan to get His children home—and that is what the rest of the story is about.

Stacy Mitch’s Courageous Women is designed to encourage and edify women through the examples of women in Sacred Scripture. Emphasizing the virtues they personify, this study helps women cultivate heroic virtue in their own lives.