Regis Flaherty is a bestselling author of several books, including Jesus Is the Gift: The Spirituality of Advent & Christmas, which is the fruit of over seven years of preparing others for Advent through talks on its liturgical themes. 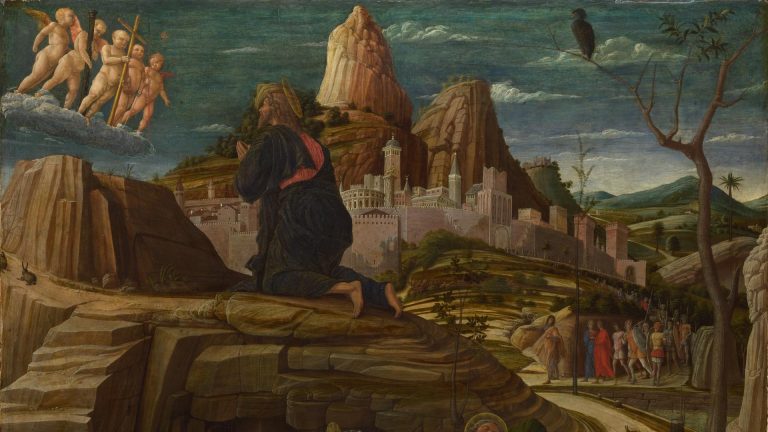 When a family member is gripped by a terminal illness, those who love that person struggle with what to tell him or her. Sometimes, because of a misguided desire not to upset the sick person, a code of silence surrounds the individual. However, we all need to be prepared for death both physically and, more importantly, spiritually. It does no service to the dying to deny them the opportunity to prepare.

In a 2008 address at a convention of medical professionals, Bishop Elio Sgreccia, the president of the Pontifical Academy for Life, stated that it is “essential to be able to confront death when it arrives, because one has to make peace with death during life.” He pointed out that it is a disservice to hide pending death from the sick person. It is certainly never appropriate to lie. Instead, he encourages physicians and others to speak truth with charity.

The truth needs to be given to the dying within a faith context. Bishop Sgreccia said that the patient should be told “of the life that does not die and the revelation of Christ dead and risen, present and working in each man who suffers.”

The physical suffering of the dying is passing; eternal life lies before them. To be deprived of the opportunity to use that time for spiritual preparation can be tragic.

On a number of occasions I’ve been asked to speak with the dying. I’ve told people that they are dying, and I’ve addressed spiritual concerns with them. I readily admit that these conversations are not easy and must be approached with charity and an understanding of the individual’s circumstances, but also with determination. I recall one person who, despite a number of conversations, refused to accept that he was dying. At first he was happy for my visits, but eventually told me to leave because he didn’t want to hear what needed to be said. I was told that with his last breaths he continued to deny that he was going to die.

However, I can also testify that this has been the exception. Most often people know that their condition is serious. They want to talk about their situation. Yet a standoff often results: the family is afraid to broach the subject of death to “spare the dying person,” and the sick person doesn’t want to bring up the subject because they see it makes their loved ones uncomfortable. This benefits neither the living nor the dying. True love often demands that we encourage the dying to prepare spiritually and to get right with God and the Church.

Three sacraments are especially important for a person in danger of dying. They are Reconciliation, Eucharist, and the Anointing of the Sick. The person who knows that death is near receives a real benefit from these sacraments. It gives him a time to “get right” with God and to prepare for meeting Him.

As some people are reluctant to talk about death, others, because of a desire not to disturb or frighten the dying person, are reluctant to call a priest for the anointing and reception of the other sacraments. This is a real disservice to the sick person. If the person is to die, it is best to face death with all the blessings and graces that are available through the Church. Also, at times the sacraments, especially the Anointing of the Sick, can bring physical healing or a lessening of pain.

When a priest comes to anoint a person, it is also an opportunity for the individual to receive two other sacraments: Reconciliation (Confession) and Eucharist. The Eucharist given to someone in danger of death is called Viaticum—food for the journey! You can do no greater service for someone in danger of death than to facilitate his or her reception of the sacraments.

Death is inevitable. It is part of the human condition. The Church for two thousand years has encouraged an important perspective toward death: We should always be prepared to die. No one knows the day or the time that he or she will die. So we should always strive to avoid sin and live as children of God in the relationship that was established for each of us at our baptism. Saint Augustine wrote: “Live in such a way that when you die, you don’t die.” That should always be our goal—eternal life with our heavenly Father. 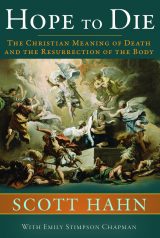 In Hope to Die: The Christian Meaning of Death and the Resurrection of the Body, Scott Hahn explores the significance of death and burial from a Catholic perspective. The promise of the bodily resurrection brings into focus the need for the dignified care of our bodies at the hour of death. Unpacking both Scripture and Catholic teaching, Hope to Die reminds us that we are destined for glorification on the last day.