Preparing to Meet Jesus at the End of the World

Leroy A. Huizenga is Administrative Chair of Human and Divine Sciences at the University of Mary in Bismarck, ND. He is the author of Behold the Christ: Proclaiming the Gospel of Matthew. 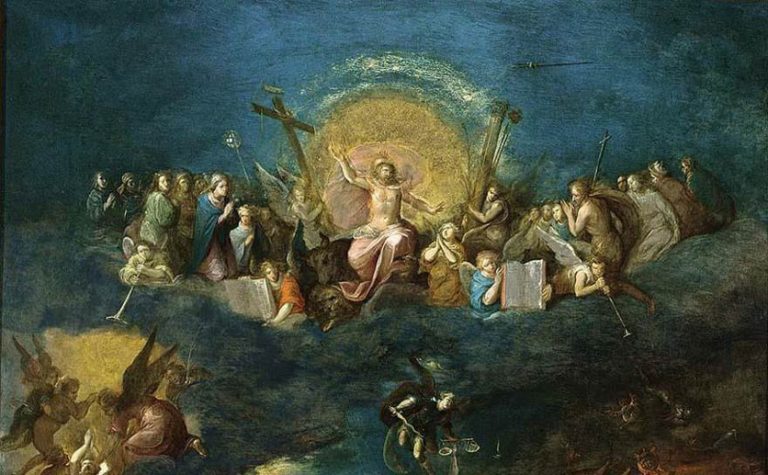 The Sermon on the Mount concludes with two apocalyptic warnings, and on this two general comments must be made. First, the Sermon on the Mount is not a presentation of general ethics for middle-class people based on pure reason. Rather, it’s an ecclesial ethic, Jewish in ethos, brought by the Jewish Christ Jesus, and it’s apocalyptic through and through, geared for the final age of the Church. Second, it does not stand on its own as timeless teaching rooted in naked reason but rests on Jesus Christ’s authority. He is its source and point of reference. Jesus here is not some prophet speaking the words of the Lord but the Lord himself come to earth speaking his own divine, dominical words directly.

In Matthew 7:21–23 Jesus declares that he is the Judge who shall determine who enters the kingdom of heaven at the end of time. He reveals that some who claim him as Lord will not make it. Rather, one must also do “the will of my Father who is in heaven” (v. 21). What is that? Following Jesus, surely, but that means doing what Jesus commands, for that is what God wills for us. Even the charismatic works of prophecy, exorcism, and wonders (v. 22) will mean nothing if one has not done the will of God (v. 23).

Of course we might think of many people in our own day who seem to (and not just seem to) exercise real spiritual gifts—gifted speakers, trusted counselors, real exorcists, and those who have worked miracles—but, whether known or unknown, who fail severely in their Christian life. A simple example: a priest in mortal sin still confects a valid Eucharist. And some of the most famous televangelists, I think, do exercise real gifts and even do real healings, but are also heretical or dissolute or both.

A particular we should not neglect is that Jesus says to the condemned in this passage, “I never knew you” (Matt 7:23). The direction is important: Jesus needs to know us; he does not say, “You never knew me.” So the question is, what does it mean for the Lord to know us? When we know someone, it means we recognize them. How do we recognize someone? They appear and sound as they should. They look like themselves. They are not wearing disguises, or disguising their voice, or playing some sort of role (or “putting on a front” to act like someone they’re not, as we used to say).

That means, then, if we live a life of Christian integrity doing God’s will, we appear and sound as we should. We’re recognizable. Those who are condemned will have been wearing their Christianity as a sort of costume. But come the end, all masks are off, all costumes cast aside as we stand naked before the Lord for judgment. He will recognize us as we truly are—God willing, as Christians who have cultivated genuine virtue by doing God’s will, people who have truly become who we are to be. Finally, knowledge of a person involves intimacy. The way to have Jesus know us is for him to come into us intimately, and the way Catholics do that is by participating in the sacraments, especially the Eucharist, in which we take him into our very selves.

This passage of Matthew complicates simple claims that salvation is by faith alone. Matthew’s Gospel is read best using the lenses of second-temple Judaism and Catholicism, both religions that saw faith not as mere belief or even trust but as fundamental fidelity (from fides in Latin, which is the word in that language for “faith” but which is better captured by “fidelity,” since that involves not just belief but action) from which issued obedience and thus good works as a matter of course.

The Sermon on the Mount closes with comments from the narrator emphasizing Jesus’s authority: “And when Jesus finished these sayings, the crowds were astonished at his teaching, for he taught them as one who had authority, and not as their scribes” (Matt 7:28–29). Again, the Gospel of Matthew, and indeed the entire New Testament, presents Jesus as God on earth and so stresses his sovereignty; his authority to interpret the Old Law and bring the New Law is not derivative but original, rooted in his divine person. In the Sermon on the Mount, Jesus has asserted himself as the ultimate lawgiver, superior to Moses and certainly superior to the tradents of Jewish tradition such as the scribes (“. . . but I say to you . . .”), and even declared himself the one who will judge all men and women at the end of time. 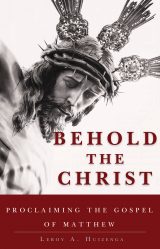 Behold the Christ: Proclaiming the Gospel of Matthew, by Leroy A. Huizenga, reveals the significance of St. Matthew’s Jesus: He is Emmanuel, God with us always, who saves his people from their sins by dying for them. Keyed to the lectionary and featuring a section on the relevance of St. Matthew’s Gospel for our contemporary age, Behold the Christ will make the Gospel and indeed the Faith real to today’s readers.