For God so loved the world that he gave his only-begotten Son, that whoever believes in him should not perish but have eternal life. (John 3:16)

The Crucifixion of Jesus Christ is central to the Catholic Faith. But how does the murder of the eternal Son of God by human beings lead to their redemption, not further damnation?

During the sixteenth century, as Protestants rejected Catholic doctrine, a new answer to this question was proposed: on the Cross, God the Father subjected His divine Son to the wrath and retribution sinful humanity justly deserved. Having punished His Son in the place of sinners and having exhausted His pent-up anger, the Father could then turn to humanity in love and mercy. This theory—known as “penal substitutionary atonement”—caught on in many Catholic circles and is often the popular understanding of the Cross.

Thank God for What Is Redemption? by Philippe de la Trinité, a classic now back in print. This book shows the many fallacies in the penal substitutionary theory of redemption. But that’s not all. Trinité replaces this mistaken theory with the true Catholic doctrine.

In dialogue with the saints and doctors of the Church, chiefly St. Thomas Aquinas, he shows why St. John in his Gospel said it was for love—not for wrath—that God sent His only-begotten Son. Carefully distinguishing the key concepts in the doctrine of redemption, he explains the difference between saying that Christ made satisfaction for the sins of the world and saying that Christ suffered the punishment due to every sin. The Cross is not an oppression, but an exaltation—a triumph of divine love.

Philippe de la Trinité, O.C.D. was born John Joseph Rambaud at Grenoble in 1908. He studied at the Gregorian University at Rome, where he earned the degree doctor of philosophy. He served as president of the faculty of theology of the Discalced Carmelites at Rome and a consultant of the Congregation of the Holy Office. He was chevalier of the French Legion of Honor and the recipient of the French Croix de Guerre (1939–1945) and the Medal of the Resistance. 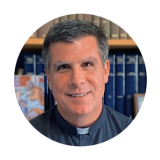 “[B]y reading the Tradition—St. Thomas especially—Père Philippe shows us that Jesus’ Passion is not a punishment but an act of praise, an oblation in which all Christians are brought into the Father’s love precisely as we are.”
—Fr. David Vincent Meconi, S.J.
Catholic Studies Centre, St. Louis University 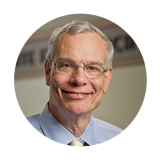 “This study is as spiritually rich as it is theologically precise, and this draws the theology of the Trinity back into the center of Christian spirituality, where it should be. Highly recommended!”
—John C. Cavadini
University of Notre Dame 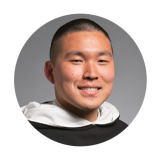 “This classic work, both accessible and profound, is mandatory reading for anyone interested in theology of the atonement. Philippe de la Trinité shows the contested legacy in Catholic thought with respect to the mystery of the Cross, and offers helpful points of orientation. Using Aquinas as a guide, he points the way toward the heart of redemption.”
—Fr. Thomas Joseph White, O.P.
Pontifical University of St. Thomas 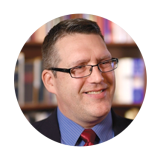 “The architects of Protestantism jettisoned the Catholic theology of vicarious satisfaction in favor of a new theology of penal substitution. They looked at the Cross and saw the Son bearing the full brunt of the Father’s wrath against wicked humanity. The greatest theologians of the Catholic Church, not least St. Thomas Aquinas, see something different. They see the Son loving the Father with the full strength of his human and divine natures. They see Jesus paying the debt of our sins by giving back to the Father all the love that we withhold from Him every time we sin. This little volume by Philippe de la Trinité is easily the most clarifying book I’ve read on this subject.”
—Curtis Mitch
Associate editor of the Ignatius Catholic Study Bible

1 review for What Is Redemption: How Christ’s Suffering Saves Us

What Is Redemption: How Christ’s Suffering Saves Us