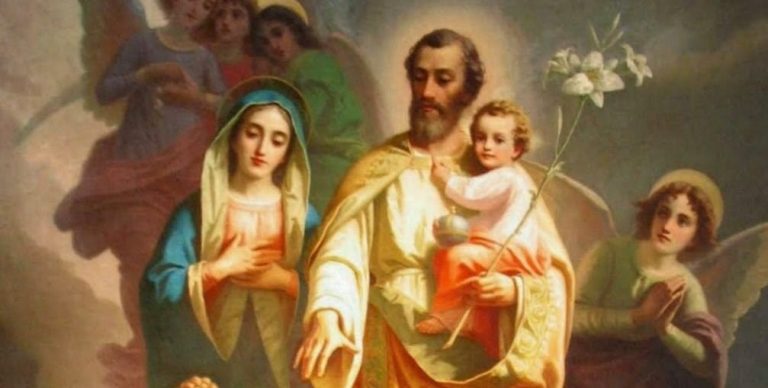 In many respects the celibate, supernatural fatherhood of priests finds a model in the paternity of St. Joseph. The Holy Patriarch uniquely reflected the paternity of God as the guardian of God’s Son. St. John Paul II remarked on this singular “covenant of paternity” between Joseph and the Father, both of whom were addressed by Jesus as “Abba.” Joseph knew that “his poor house in Nazareth was filled with the inscrutable mystery of divine paternity, of which he himself, Joseph, was made the closest trustee and faithful servant.” Thus in his human nature, Christ was exposed to Joseph’s professional work, his language and accent, his habits, his masculine psychology, his strength and his courage, and, above all, his human paternal affection. Joseph anticipates the spousal dimension of supernatural paternity in his marriage to Mary, who so clearly manifests and foreshadows the motherhood of the Church.

According to Pope John Paul II, St. Joseph’s paternity, inserted as it is in the mystery of the Incarnation, is not simply “an ‘apparent’ or merely ‘substitute’ fatherhood. Rather, it is one that fully shares in authentic human fatherhood and the mission of a father in the family.” Indeed, since the fruit of his fatherhood is not an adopted or natural child, nor even a child in the order of grace, but the very source of grace and life himself, one could argue that Joseph’s is the greatest instance of human fatherhood in history.

St. Joseph’s supernatural paternity was therefore enhanced, not diminished, by forfeiting natural children. His fatherhood witnesses to the supernatural paternity that is to be exercised by all Christian men, specifically the fatherhood of those who embrace celibacy for the sake of the Kingdom, whether or not they are ordained priests. Joseph’s paternity is a reminder that the highest form of human fatherhood is supernatural and that dedicating oneself to that dimension of paternity is not limited to those with a priestly vocation, since even Joseph was not a priest.

Joseph’s paternity also underscores that apostolic celibacy is not simply a question of greater physical or emotional availability, important as that consideration may be, but possesses an inner logic of its own that is ordered to supernatural fruitfulness, an openness and capacity to give oneself entirely to the good of souls in the order of grace. As Pope Benedict XVI observed during his visit to Cameroon in 2009, all fatherhood shares in the one paternity of God and “Saint Joseph is a striking case of this, since he is a father, without fatherhood according to the flesh. He is not the biological father of Jesus, whose Father is God alone, and yet he lives his fatherhood fully and completely. To be a father means above all to be at the service of life and growth.”

The man who embraces celibacy for the sake of supernatural generation finds in St. Joseph’s “chaste love of Mary and fatherly care of Jesus” an example of engaging “all his masculine affectivity in serving Christ and the Church,” writes Frederick Miller. The deeply affectionate and paternal love that Joseph unquestionably had for Jesus is a reminder to celibate fathers that theirs is to be a heart overflowing with love, one writer notes, “a truly fatherly heart” that is “enriched with the tenderest sentiments of a father for his son.”

The humility and self-effacement that Joseph exhibited in revealing the face of God stimulates all those who share in God’s paternity, especially those who forgo marriage for the sake of supernatural fatherhood, by reminding men that their paternal authority is derived from his and is ordered above all to charity and to service.

Furthermore, St. Joseph is an apt model for the paternity specifically embraced by celibate priests. It is true that Joseph was not configured to Christ as a priest is, though one theologian does situate Joseph in a “priestly” role in the home of Nazareth as he ministered to Mary, the new Ark of the Covenant. He exercised a different and in some ways unique paternity. In his celibacy, the priest imitates Joseph’s paternity, which was “chaste and totally dedicated to Christ and His Virgin Mother.” Like St. Joseph, the priest is to “engender, protect, nurture, and participate in the formation of Christ’s life, sanctifying grace, in the souls of his people,” Miller states. “Practicing continence for the sake of the Kingdom, as did St. Joseph, he will be continually challenged throughout his life to love the faithful more purely as his brothers and sisters, and sons and daughters.” 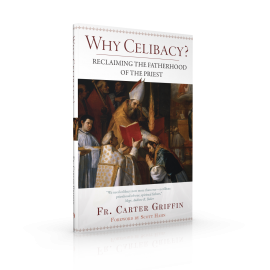