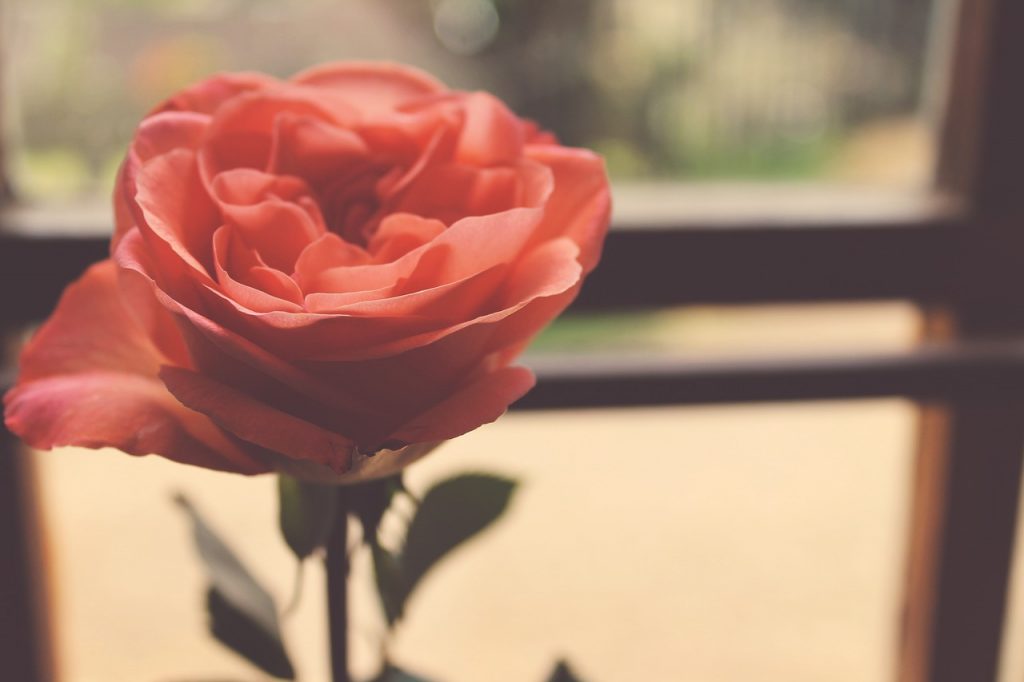 From Thérèse to Marie Guérin

You haven’t committed the shadow of any evil; I know what these kinds of temptations are so well that I can assure you of this without any fear, and, besides, Jesus tells me this in the depths of my heart. . . . We must despise temptations and pay no attention whatsoever to them.

Should I tell you something that has given me much sorrow? . . .

It is that my little Marie has given up her Communions . . . on the feast of the Ascension and on the last day of Mary’s month! . . . Oh! What sorrow this has caused Jesus! . . .

The devil has to be very clever to mislead a soul in this way! . . . But don’t you know, my dear, that this is the only goal of his desires? The evil one knows well that he can’t make a soul that wants to belong totally to Jesus commit a sin, so he tries to make the soul believe it has. It is already much for him to put disturbance in this soul, but to satisfy his rage something else is needed; he wants to deprive Jesus of a loved tabernacle, and, not being able to enter his sanctuary, he wants, at least, that it remain empty and without any Master! . . . Alas, what will become of this poor heart? . . . When the devil has succeeded in drawing the soul away from Holy Communion, he has won everything. . . . And Jesus weeps! . . .

Oh, my darling, think, then, that Jesus is there in the Tabernacle expressly for you, for you alone; He is burning with the desire to enter your heart . . . so don’t listen to the devil, mock him, and go without any fear to receive Jesus in peace and love! . . .

However, I hear you saying to me: “Thérèse is saying this because she doesn’t know . . . she doesn’t know I really do it on purpose . . . it pleases me . . . and so I cannot receive Communion since I believe I would be committing a sacrilege, etc., etc., . . . .” Yes, your poor little Thérèse does know; I tell you that she understands it all, and she assures you that you can go without any fear to receive your only true Friend . . . . She, too, has passed through the martyrdom of scruples, but Jesus has given her the grace to receive Communion just the same, even when she believed that she had committed great sins. . . . And so I assure you that she knew this was the sole means of ridding herself of the devil, for when he sees that he is losing this time, he leaves you in peace! . . .

No, it is IMPOSSIBLE that a heart “which rests only at the sight of the Tabernacle” offend Jesus to the point of not being able to receive Him; what offends Him and what wounds His Heart is the lack of confidence! . . .

Your heart is made to love Jesus, to love Him passionately; pray so that the beautiful years of your life may not pass by in chimerical fears.

We have only the short moments of our life to love Jesus, and the devil knows this well, and so he tries to consume our life in useless works. . . .

Dear little sister, receive Communion often, very often. . . . That is the only remedy if you want to be healed, and Jesus hasn’t placed this attraction in your soul for nothing. (I believe that He would be pleased if you could receive the two Communions you missed, for, then, the devil’s victory would be less great since he would not have succeeded in separating Jesus from your heart.) Have no fear of loving the Blessed Virgin too much, you will never love her enough, and Jesus will be pleased since the Blessed Virgin is His Mother.

Adieu, little sister; pardon my scribbling which I can’t even read over since I don’t have the time. Kiss all my dear ones for me.

Marie Guérin is a cousin to St. Thérèse and just a few years older than her. After St. Zélie Martin died, the family eventually moved to Lisieux to be closer to their cousins and Thérèse began attending school with Marie. Now teenagers, they enjoyed a close relationship throughout their childhood. Like Thérèse, Marie is also called to enter Carmel. But unlike Thérèse, it will take several more years for her to be ready to enter.

In the emphatic beginning of this letter, Thérèse attempts to reassure her cousin that she understands her spiritual suffering. The reason that she repeats that she understands “everything, everything, everything!” is that only a few years before, Thérèse herself had experienced the depressing and overwhelming fear that scrupulosity can sometimes cause. Marie is suffering from this same spiritual disease which leaves one feeling deeply ashamed, alienated, and without hope. The only medicine that can cure this illness of soul is a new openness to the love of God. Mental prayer and frequent reception of Holy Communion are the normal means that God uses to produce this openness. However, the problem with scrupulosity is that the person afflicted does not believe that they are worthy to receive Communion. As long as they stay focused on their own unworthiness rather than the mercy of God, they succeed in cutting themselves off from the healing grace of the Eucharist and the contemplation that flows from it.

This letter has become one of the greatest spiritual contributions to the teaching and practice of the Church because it passionately proposes the counsel to receive Holy Communion often. After the death of St. Thérèse, Pope St. Pius X read this letter and became convinced that the process for her canonization needed to move forward. He would, in fact, advocate for the frequent reception of Holy Communion and even lowered the age for First Communion to help encourage this. He did so to combat, with St. Thérèse, a false sense of unworthiness that prevented many from receiving the sacrament when they most needed it.

During St. Thérèse’s lifetime, receiving daily Communion was an uncommon practice. A constricted fearfulness, known as Jansenism, discouraged the frequent reception of Communion. In the heresy of Jansenism, fear of divine punishment can overshadow confidence in Divine Mercy. The opposite spiritual error would be presumption, by which one would seek to selfishly grasp the divine mysteries with little reverence for God or concern for His ways. St. Thérèse counsels her cousin to avoid the extremes of both fearfulness and presumption by focusing her attention on the purpose of God’s love in Holy Communion. This lack of confidence in Christ’s love contributes to the unhealthy scrupulosity that Thérèse recognized as afflicting Marie. Her counsel here is especially applicable for souls so paralyzed by their failures that they forget that God’s love, not their shortcomings, is the determining factor in the life of faith.

Thérèse’s message is especially useful for those souls who want to please God and who normally live a life worthy of their great calling and yet have ongoing struggles because of bad habits from the past or because they are so ashamed of their sins that they forget the power of God’s mercy. Behind this lack of confidence in the mercy of God is a certain pride that can only be overcome by persevering in prayer and making every effort to go to Communion as frequently as possible—preferably daily. Anyone who, in a moment of weakness, backslides or, because of repeated failures, feels too ashamed to appeal to the mercy of God should know that He is never tired of forgiving us.

Going to Mass and receiving Holy Communion allows God to heal those sins that we commit in the face of diminished personal freedom. As we struggle to be faithful in our weakness and inadequacy, frequent reception of the sacraments is a necessary source of spiritual healing and strength. It is for these reasons that St. Thérèse rightly counters the poor spiritual teaching of her day. In this, she helps her cousin find a more sure path to intimacy with the Lord.

In this case, Marie Guerrin, who otherwise lives a very devout life, decided not to receive Communion because she was ashamed of her failure. A scrupulous soul finds it difficult to trust anyone because they are certain that no one understands their sin. St. Thérèse does, however, because she too had faced scrupulosity earlier in life. Thérèse knows the demonic logic that caused Marie to lose her confidence in God’s merciful love. Her own experience allows her to anticipate Marie’s objections (“She doesn’t know I really do it on purpose”).

Thérèse believes in frequent Communion as a source of healing for the sins we commit every day. Her conviction about the healing power of daily Communion is in alignment with the teaching of St. Thomas Aquinas, who explains how participating at Mass actually forgives venial sins. These kinds of sins are not a rejection of God or His will, as is the case with mortal or deadly sins. Instead, these kinds of sins involve a lack of love. It is helpful to confess these as often as possible, but venial sins do not have to be confessed before receiving Communion. Instead, whenever we participate at Mass with devotion and receive Communion with faith in the Lord’s Real Presence, this act of love fills us with the grace that heals and perfects our love.

To offer oneself as a victim of Merciful Love means devoting oneself to attending Mass and receiving Communion as often as possible. As we receive Holy Communion with a proper disposition and greater frequency and devotion, we avail ourselves of the same certainty and “immense desires” that St. Thérèse puts at the heart of her self-offering. This confidence in the power of the Lord and in His generosity to those whom He loves allows us to give ourselves to Him more completely and with greater freedom—even to the point that nothing can diminish our awareness of His loving presence by faith.

Anthony Lilles is an author and theologian who serves in the Archdiocese of Los Angeles as academic dean of St. John’s Seminary and academic adviser to Juan Diego House. Dan Burke is the executive director of EWTN’s National Catholic Register. Together they compiled reflections on the letters of St. Thérèse of Lisieux in Living the Mystery of Merciful Love: 30 Days with Thérèse of Lisieux.