Light Breaking Forth: Scott Hahn Reflects on the Fifth Sunday in Ordinary Time

Jesus came among us as light to scatter the darkness of a fallen world.

All three images that Jesus uses to describe the Church are associated with the identity and vocation of Israel. 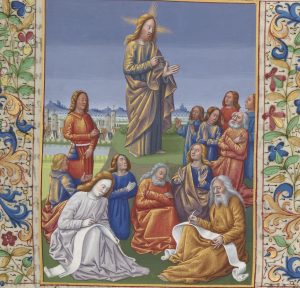 Jesus came not to abolish the Old Testament law but to fulfill it (see Matthew 5:17). And in today’s Gospel, He reveals that love—of God and of neighbor—is the fulfillment of the whole of the law (see Romans 13:8–10).

Devout Israelites were to keep all 613 commands found in the Bible’s first five books. Jesus says today that all these, and all the teachings of the prophets, can be summarized by two verses of this law (see Deuteronomy 6:5; Leviticus 19:18). 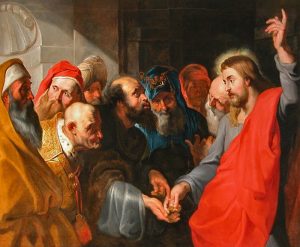 Caesar and the King: Scott Hahn Reflects on the Twenty-Ninth Sunday in Ordinary Time

The Lord is king over all the earth, as we sing in today’s Psalm. Governments rise and fall by His permission, with no authority but that given from above (see John 19:11; Romans 13:1).

In effect, God says to every ruler what He tells King Cyrus in today’s First Reading: “I have called you . . . though you knew me not.”

The Lord raised up Cyrus to restore the Israelites from exile, and to rebuild Jerusalem (see Ezra 1:1–4). Throughout salvation history, God has used foreign rulers for the sake of His chosen people. Pharaoh’s heart was hardened to reveal God’s power (see Romans 9:17). Invading armies were used to punish Israel’s sins (see 2 Maccabees 6:7–16). 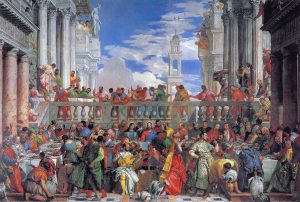 Dressing for the Feast: Scott Hahn Reflects on the Twenty-Eighth Sunday in Ordinary Time

Our Lord’s parable in today’s Gospel is again a fairly straightforward outline of salvation history.

God is the king (see Matthew 5:35), Jesus the bridegroom (see Matthew 9:15), the feast is the salvation and eternal life that Isaiah prophesies in today’s First Reading. The Israelites are those first invited to the feast by God’s servants, the prophets (see Isaiah 7:25). For refusing repeated invitations and even killing His prophets, Israel has been punished, its city conquered by foreign armies. 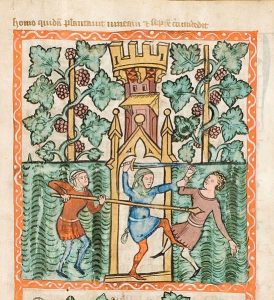 Living on the Vine: Scott Hahn Reflects on the Twenty-Seventh Sunday in Ordinary Time

In today’s Gospel Jesus returns to the Old Testament symbol of the vineyard to teach about Israel, the Church, and the kingdom of God.

And the symbolism of today’s First Reading and Psalm is readily understood.

God is the owner and the house of Israel is the vineyard. A cherished vine, Israel was plucked from Egypt and transplanted in a fertile land specially spaded and prepared by God, hedged about by the city walls of Jerusalem, watched over by the towering Temple. 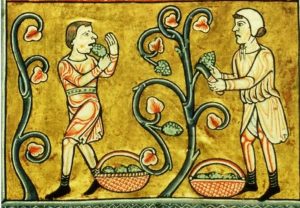 The Humble Path: Scott Hahn Reflects on the Twenty-Sixth Sunday in Ordinary Time

Echoing the complaint heard in last week’s readings, today’s First Reading again presents protests that God isn’t fair. Why does He punish with death one who begins in virtue but falls into iniquity, while granting life to the wicked one who turns from sin?

This is the question that Jesus takes up in the parable in today’s Gospel. 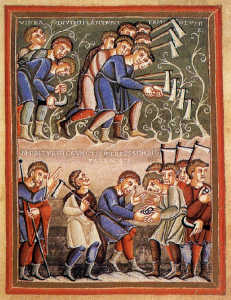 First and Last: Scott Hahn Reflects on the Twenty-Fifth Sunday in Ordinary Time

The house of Israel is the vine of God, who planted and watered it, preparing the Israelites to bear fruits of righteousness (see Isaiah 5:7; 27:2–5).

Israel failed to yield good fruits and the Lord allowed His vineyard, Israel’s kingdom, to be overrun by conquerors (see Psalm 80:9–20). But God promised that one day He would replant His vineyard and its shoots would blossom to the ends of the earth (see Amos 9:15; Hosea 14:5–10).