By Elizabeth and Edward Sri 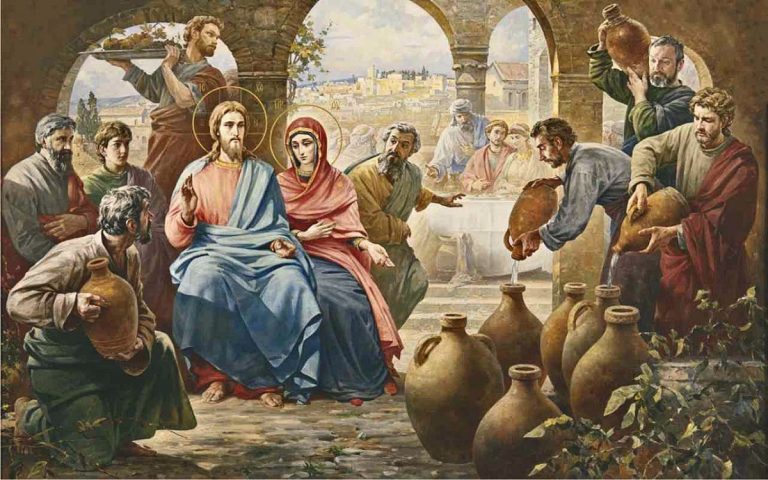 The topic of Pope Benedict XVI’s first encyclical, Deus Caritas Est, caught many by surprise. Moral relativism, secularization, abortion, liturgy—these are some of the themes people expected him to address.

But instead, this new pope—known for his intellect, scholarship, and courage to tackle controversial issues—chose to write on a topic quite simple, timeless, and appealing to all: the mystery of love.

The Pope begins his teaching by noting how there is much confusion in the modern world over what the word “love” means. “Today, the term ‘love’ has become one of the most frequently used and misused of words, a word to which we attach quite different meanings” (no. 2). Indeed, in a culture like ours where a man can use the same word to describe his feelings about a favorite beer (“I love Guinness”) or a favorite baseball team (“I love the Chicago Cubs”) as he does to express his marital commitment to his wife (“I love you”), it’s no wonder the word “love” is losing some of its profound meaning. What do we really mean when we speak of love?

To offer some clarification, the Pope first explains two key words that have been used throughout the centuries to describe love: eros and agape. Eros is commonly called “worldly love,” and agape is love “grounded in and shaped by faith.” Eros is “possessive love,” a love that is self-seeking, pursuing its own pleasure or advantage in a relationship; while agape is a sacrificial love that selflessly seeks the good of the other person. Eros is that “love between man and woman which is neither planned nor willed but somehow imposes itself upon human beings” (no. 3). But agape is acquired through much effort, self-denial, and commitment to the other person.

While Pope Benedict emphasizes that eros itself is not bad, he does critique this pagan understanding of love as being “warped and destructive” (no. 4), for it focuses primarily on one’s own feelings and desires and leaves out the sacrificial aspect of love that serves the other person’s good (agape). “Love is not merely a sentiment,” he writes. “Sentiments come and go. A sentiment can be a marvelous first spark, but it is not the fullness of love” (no. 17).

This has important implications for men and women today. For like the ancient Greeks, we, too, live in an era when love is primarily associated with feelings and sexual desire. Popular movies, television shows, and love songs constantly reinforce the association and get us to think that supreme happiness awaits us just around the corner if only we give in to our passions and emotions. In such an environment, it’s no wonder that the Church’s moral teachings on pre-marital sex and marriage are not understood by so many people in our world today. Why should I wait until marriage? Why should I suppress those feelings that will lead me to love and happiness? Why does the Church want to prevent me from experiencing love?

However, far from hindering love, the Church’s teachings on sexuality actually help make true, lasting love possible. The Church challenges us to build our lives not on the fragile, unstable kind of love found primarily in sentiments that come and go (eros), but on the durable, committed, self-giving love (agape), which is the kind of love our hearts most deeply desire.

Along these lines, Pope Benedict wisely warns us that slavishly following the passions and emotions of eros is what prevents authentic love from developing. Eros may inspire hope for supreme happiness and desire for communion with another person, but it needs to be trained, directed, and purified.

Here we come to the heart of Pope Benedict’s teaching on human love. He tells us that eros must be healed if it is to mature and develop into the fullness of love. And the only way eros will be healed is through agape—self-giving love.

Indeed, the supreme happiness that eros drives me to seek is paradoxically found only when I move beyond selfish preoccupation with my own feelings and pleasure and live sacrificially for the other person’s good. As Jesus says in the Gospels, “Whoever seeks to gain his life will lose it, but whoever loses his life will preserve it” (Lk. 17:33).

This is agape love. As Pope Benedict explains, “Love now becomes concern and care for the other. No longer is it self-seeking, a sinking in the intoxication of happiness; instead it seeks the good of the beloved. . . . It is ready, and even willing, for sacrifice” (no. 6).

Eros, with its self-centered tendencies, gradually becomes healed the more agape enters the picture. The more a person is willing to sacrifice his own comfort, preferences, and pleasure for the sake of serving his beloved’s good, the stronger the relationship will be. Indeed, eros and agape are never meant to be completely separated. The passion of eros itself is meant to open up to the sacrificial, other-centered love of agape.

But Pope Benedict emphasizes that man cannot live this sacrificial agape love all on his own power. “He cannot always give, he must also receive,” he writes (no. 7). Therefore, if we wish to love others, we must constantly return to that ultimate source for agape in our own lives: Jesus Christ. We will only be able to truly love others here on earth to the extent that we are drinking deeply from the love of God Himself.

Edward Sri is professor of theology and Scripture at the Augustine Institute, and is the author of several books. He and his wife, Elizabeth, who served as one of the first missionaries in FOCUS, contributed to the Catholic for a Reason series.