The Body of Holiness 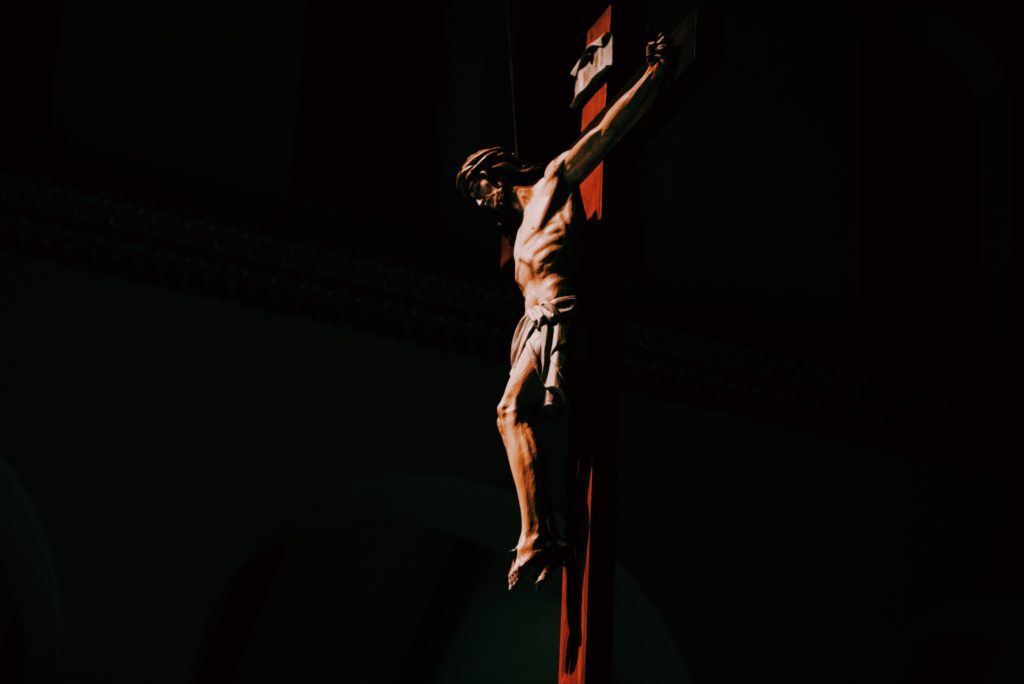 This is salvation: to share the life of the Son of God, and so to know the love of the eternal Father. To be saved is to live as God — as “sons in the Son,” to use the favored phrase of the Church Fathers. Christians can call God “Father” because they are alive in
Jesus Christ, the eternal Son. They are children of God because of their sacramental communion with Jesus, their mutual indwelling.

To say that Christians are “divinized” or “deified” is not to say that they are “gods” in the way that Jesus is God. Jesus is eternal, and they are temporal. Jesus is almighty, and they are weak except for his strength (see Phil 4:13). Jesus is all-knowing, and even the most intelligent people know hardly anything by comparison. Yet, through baptism, God grants Christians a created share in his uncreated glory.

Through baptism and the Eucharist, Christians share in the holiness of divine life. God seemed to have commanded the impossible when he said to “be holy, for I am holy” (Lev 11:45), because God’s holiness is by definition, his otherness. But in the incarnation he crossed the divide, and by his blood he brought his “saints” near.

Saint Peter then reissues the command from Leviticus, emphasizing the moral dimension: “but as he who called you is holy, be holy yourselves in all your conduct; since it is written, ‘You shall be holy, for I am holy” (1 Pet 1:15–16).

Thus we have come to associate exemplary behavior with those who are remembered as“saints” or “holy ones.” But the New Testament uses the term in a more inclusive way. For Saint Paul, “the saints” is an equivalent term for the Church. “The Church” is the same as “those sanctified in Christ Jesus, called to be saints together” (1 Cor 1:2). The Greek word for church is ekklesia—literally, “assembly,” and etymologically, “those who are called out of.” The etymology is interesting because it implies a calling into “otherness.” Those who are in the Church are no longer the men, women, or children they were before baptism. They are set apart for God’s service. They are saints. They are holy.

Nevertheless, they are called together. The biblical notion of salvation is not individualistic. It’s not just about “me and Jesus.” To be saved is to have not merely a personal relationship but also a communal relationship with Jesus. As in the Old Testament, so in the New: those who are saved belong to God by belonging to the people of God (1 John 1:3).

To be holy, then, is to be in communion with God and also with one’s fellow saints. Saint Paul used many metaphors to describe this collective holiness of the saints. He compared it to a building, and to a temple, and to a crew of laborers. His favorite metaphor by far, however, was the body of Christ.“

The Church is where the indwelling of Christ takes place, and the Church is indivisibly one. The Apostle told the Ephesians: “There is one body and one Spirit, just as you were called to the one hope that belongs to your call” (Eph 4:4). Unity is essential; “the whole body, joined and knit together by every joint with which it is supplied, when each part is working properly, makes bodily growth and upbuilds itself in love” (4:16). The saints are responsible for their neighbors, their fellow saints. Their ministry must be “for building up the body of Christ” (4:12).

This Body, this Church, is Catholic. It is universal. Salvation is from the Jews, but it is for the whole world. Paul makes this clear when he says: “the Gentiles are fellow heirs, members of the same body, and partakers of the promise in Christ Jesus through the gospel”(Eph 3:6).

The Body is the Church. That is indisputable. Jesus Christ “is the head of the body, the Church”(Col1:18), and the Church is made up of those whom Jesus wishes to present as “holy and blameless and irreproachable” (1:22). He wants them to be like him.

Saint Paul makes it clear that Jesus is not merely covering over our sins. He is empowering our conversion. By his dwelling in us—and by our dwelling in him—we are enabled to live his life, not only in heaven but already here on earth. The Apostle said to the Colossians: “Now I rejoice in my sufferings for your sake, and in my flesh I complete what is lacking in Christ’s afflictions for the sake of his body, that is, the Church” (Col 1:24). What a mysterious statement! For what could be lacking in the perfect sacrifice of Jesus Christ? What could be missing in the once-for-all offering(Heb 7:27) of our one mediator (1 Tim 2:5)?

All that is lacking is what Christ willed to be lacking for our sake—so that, as members of his body, we would suffer in him as he suffers in us, and we would suffer as he did, for the sake of the Church, which is his Body.

Christ foresaw the day when the Church would be, as “his body, the fullness of him who fills all in all” (Eph1:23). He foresaw the day when Paul—and all Christians—would co-redeem with him by uniting their sufferings to his. This is the purpose of the Church as his body: to share not only in the fruits of atonement but in the work of atonement, as God’s “fellow workers”(1 Cor3:9).

To live this way “is Christ” (Phil 1:21), said Saint Paul, and in this way all Christians were meant to live.

It is not a solitary way. Called to be holy, we are called apart, but called apart together, to live with others in Christ’s Body, the Church. Our indwelling is indeed individual, but it is also collective. We are together “the saints in Christ Jesus” (Phil 1:1)

Scott Hahn is the Fr. Michael Scanlan Professor of Biblical Theology at the Franciscan University ofSteubenville, where he has taught since 1990. Founder and President of the St. Paul Center, Dr. Hahn hasbeen married to Kimberly since 1979; they have six children and twenty-one grandchildren. The author andeditor of over forty popular and academic books, Dr. Hahn’s works include best-selling titlesRome SweetHome,The Lamb’s Supper, Answering the New Atheism, Understanding Our Father, Scripture Matters, Spirit andLife, The Creed, It Is Right and Just,andHope to Die.Holy Is His Nameis the thirteenth book Dr. Hahn haspublished with Emmaus Road Publishing. 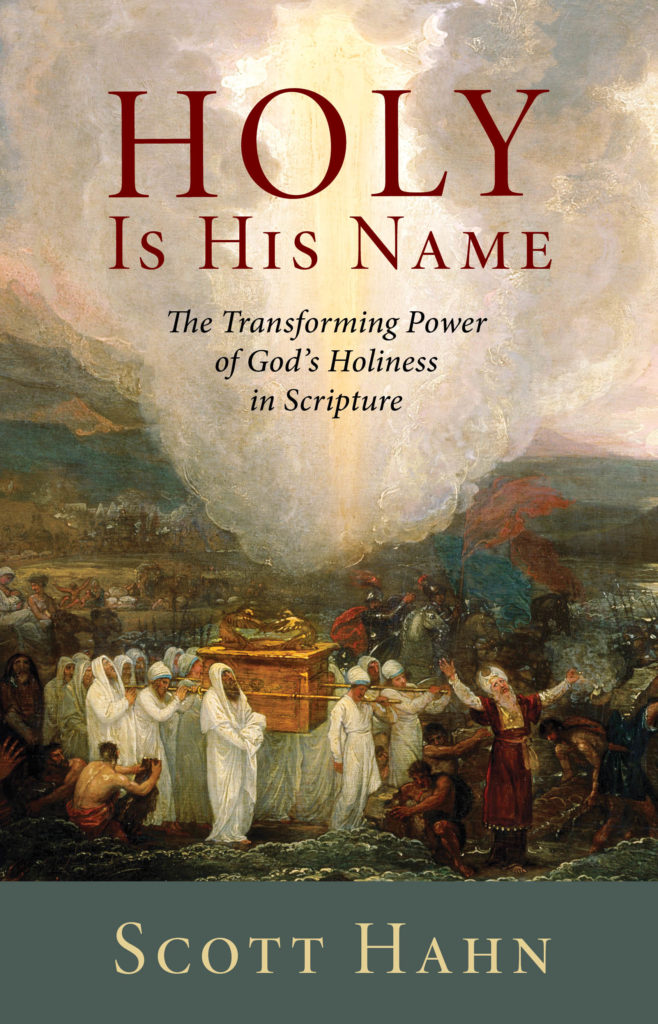 Catholics are taught to prize holiness—to admire it in others and to strive for it in their own lives. But we’re never quite told what holiness is. In Holy Is His Name: The Transforming Power of God’s Holiness in Scripture, Scott Hahn seeks to define the term in order to help us better understand our relationship with holiness. Tracing the meaning of holiness first through the Old Testament and then the New, Hahn masterfully reveals how God gradually transmits his holiness to his people—through creation, right worship, and more—and ultimately transforms them through the sharing of his divine life.