The Devil Is Real: Combating Spiritualism 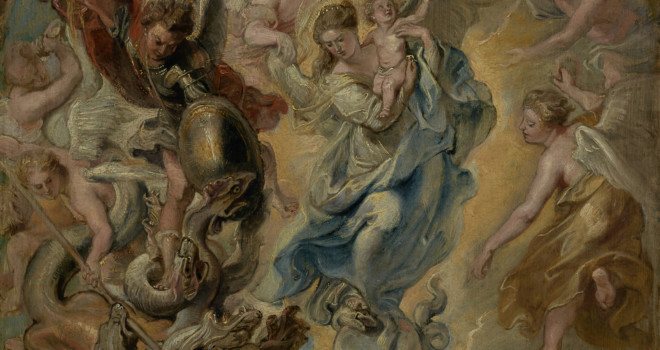 Jesus was very clear about the reality of the Devil. He exorcised demons in seven major Gospel accounts. He differentiated between healings of natural illness, healings of the effects of sin, and the casting out of demons. He empowered and explicitly charged His disciples to cast out demons as part of their mission before He ascended to heaven (see Mark 16:17). The Church responded to His command and performed many exorcisms from the very beginning of Christianity onward. Exorcism was an integral part of baptism into the early Church. Oftentimes these early exorcisms were done by lay people, but in the following centuries, after much experience, the Church wisely limited the ministry to select priests with proper traits and training.

In 1986 Pope John Paul II gave a talk in which he reminded the faithful about the dangers of the Devil. Not long after, in 1990, a small group of priests formed the International Association of Exorcists. This group, which has grown each year, provides training to priests appointed by their bishops, as well as a handful of lay people. More recently, the USCCB held a conference on exorcism and published questions and answers about the subject on their website.

While the Church has been responding to the Holy Spirit and relearning how to combat evil spirits, the world has also been rediscovering spirits—but in a different way. A new spiritualist movement has exploded in the United States, as well as many other countries, with the help of every form of media. This has normalized interest and interaction with evil spirits. Meanwhile, ignorance of the dangers of the spiritual world abounds. Thousands of people participate in “paranormal investigation groups” and seek out spiritual manifestations and communication. Although these activities have been popularized in television and movies, they are anything but harmless forms of entertainment. In reality, many of the demonic cases the Church handles occur as a result of these practices. Unfortunately, most people believe without a doubt the misinformation supplied by the entertainment business, which by nature is more interested in selling sensationalism than sober truth. A correct view of these matters requires an understanding of certain basic principles.

Many people have ideas about the spiritual world and demons based on movies, television, or popular books. In order to form a correct and effective perspective one needs to understand:

Demons are fallen angels who God cast down to earth to roam here until the final judgment (Rev 12:8). They are not, nor were they ever human. They tempt people as their regular activity, which provides the opportunity for humans to exercise free will.

The spiritual world is legalistic. There are rules that spirits operate under; these rules were created by God.

God is always present and always in charge of what spirits are allowed to do. Demons are not running loose, free to do whatever they want.

Human spirits in Purgatory generally only communicate a need for prayer, or a need for help with unfinished restitution of a sin. There are rare exceptions to this but generally if there is ongoing dialogue it is not with a human spirit.

Demons are limited to whatever legal rights people have given them by their free will choices. Since God does not violate people’s free will, they can choose to form a relationship with demons, even if they are baptized Christians. Once legal rights have been given to demons, those rights must be removed before the demons can be cast away.

The free will choices of parents for their children can give legal rights for interaction. The good version of this is baptism; the bad version is when parents consecrate their children to the enemy. The free will choices of ancestors for their family line can give legal rights for interaction. Legal rights in these cases can be renounced by the current generation on behalf of the one that caused the problem in the past.

Spiritual problems are corrective experiences allowed by God. They serve to educate and correct us, like correcting a child’s understanding so they do not get hurt again. This is why cases sometimes linger until the people change their lives and grow closer to God in their behavior and hearts.

Sometimes people blame regular life problems or mental illness on curses or demonic activity. This externalizes problems for the person. They often read extensively about possession and exorcism, both online and in books, and self-diagnose their problems. These cases can take on a sad desperation where the person goes from diocese to diocese demanding an exorcism based on their self-diagnosis, refusing any other hypothesis. Exorcism is reserved for cases of full possession only. If there is a curse on the person, the sacramental life and deliverance prayers should resolve it. 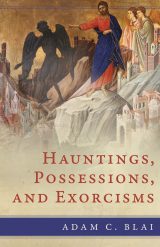 How do you fight an enemy you can’t see? In Hauntings, Possessions, and Exorcisms, Adam Blai, an expert in religious demonology and exorcism for the diocese of Pittsburgh, shares information and advice gained over years of extensive experience with the paranormal. Discover the tools the Church has developed for us to combat and resist the forces of evil. Written in an easy-to-read style, this book is perfect for the Catholic looking to learn more about the invisible forces hell-bent on the destruction of your soul—and how to claim the victory Christ has already won.