The Lost Tribes of Israel and the Book of Revelation 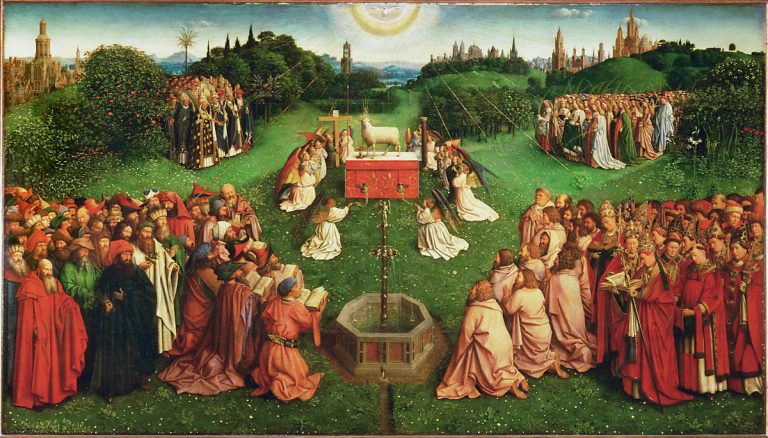 “O Come, O Come Emmanuel,” one of my favorite songs, contains the line: “Ransom captive Israel.” This line surely refers to slavery to sin. We shall see that there is something very profound in all of this: God’s actions throughout salvation history often reflect a deeper spiritual reality. In the Old Testament, God dramatizes His people’s deliverance from sin by delivering them from slavery.

When Israel went into exile, it was the result of their rejection of God’s covenant. Deliverance from the exile, therefore, was closely connected with God’s coming to set them free from sin. For this reason, turning from sin is frequently explained by the prophets in terms of “returning” to the Lord. Likewise, Deuteronomy explains that the exile will end when Israel “returns” to the Lord (Deut 30:2, 8). Renowned scholar N. T. Wright explains, “Forgiveness of sins is another way of saying ‘return from exile.’” This forgiveness, for a Christian, is given through the sacrament of Baptism.

The “sealing of the saints” is taken from Ezekiel 9: “And the Lord said to him, ‘Go through the city, through Jerusalem, and put a mark upon the foreheads of the men who sigh and groan over all the abominations that are committed in it.’ And to the others he said in my hearing, ‘Pass through the city after him, and smite; your eye shall not spare, and you shall show no pity; slay old men outright, young men and maidens, little children and women, but touch no one upon whom is the mark. And begin at my sanctuary’” (Ezek 9:4–6). The word for “mark” in Hebrew is simply a Hebrew letter, a taw, which in paleo-Hebrew script looks like an x or +. The early Church Fathers saw this as the sign of the Cross, made on the forehead of believers. One of the earliest Christian writers, Tertullian, explained, “Now the Greek letter Tau and our own letter T is the very form of the cross, which He predicted would be the sign on our foreheads in the true Catholic Jerusalem.”

Furthermore, the Greek word for “seal” was frequently understood as a baptismal image. One of the most important non-biblical books read by Christians in the first century, the Shepherd of Hermas, states: “The seal, then, is the water: they descend into the water dead, and they arise alive.” The early writer Tertullian, in fact, sees Christ’s baptism as His “sealing.” The Catechism of the Catholic Church explains that Baptism confers, “a sacramental character or ‘seal’ by which the Christian shares in Christ’s priesthood and is made a member of the Church according to different states and functions” (1121, emphasis in original).

The image in Revelation 7 depicts God’s protection of His people from evil. These people are “sealed” by His power through Baptism. They become His people, His family, His sons and daughters.

In Revelation 7, John sees that God has protected His children. They are not, however, necessarily protected from physical harm. In fact, they are called to “love not their lives even unto death” (Rev 12:11). Rather, God protects His Church from a greater threat. As Jesus said: “[D]o not fear those who kill the body but cannot kill the soul; rather fear him who can destroy both soul and body in hell” (Matt 10:28).

Jehovah Witnesses say that the 144,000 are special individuals who will make it to heaven. According to them, the rest, “the great multitude” spoken of in 7:9, will live on earth. The problem with this is that John later says that a “great multitude” is in heaven (Rev 19:1).

So who are the 144,000? Well, John tells us. They are those who are from the twelve tribes of Israel. Why 144,000? Because this number represents the “full number” of Israelites saved. 144,000 is a symbolic number: 12 x 12 x 1,000. John seems to show that the twelve tribes are those restored in the Church, under the twelve apostles. One thousand is a number symbolizing completeness.

But is it Israel that is portrayed here? Could this be symbolic too? In other words, does John see actual Israelites, or does he see the Church as the replacement of Israel? Perhaps “Israel” is merely a symbol for the Church, God’s people. To better understand what is going on here, we have to remember God’s Old Testament promises.

So what happened to those northern tribes? Today they are spoken of as “the Lost Tribes of Israel.” Although Mormons believe these tribes came to America and settled here, there is no biblical or archeological evidence to support this view. Indeed, the northern tribes were truly lost. Even the rabbis debated whether or not they would ever return.

The Old Testament, though, seems to be pretty clear on the matter. According to Isaiah, Jeremiah, and the rest of the prophets, God promised to bring them back. He promised a restoration of “all Israel.” This restoration would not include every single Israelite—some would reject Him—but rather a restoration of all the tribes, the northern and the southern kingdoms. The famous prophecy that tells of the “new covenant” explicitly states this: “Behold, the days are coming, says the Lord, when I will make a new covenant with the house of Israel and the house of Judah” (Jer 31:31). This idea of a reunited Israel is found throughout the Old Testament. In fact, it’s hard to find a prophet who doesn’t express this hope! 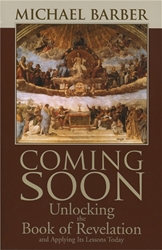 Michael Barber’s Coming Soon: Unlocking the Book of Revelation and Applying Its Lessons Today takes a detailed look at Revelation and its rich tapestry of prophecy, history, and biblical allusion. Barber explores the profound link between the Mass celebrated here on earth and the eternal reality of heaven, demonstrating that the Apocalypse reveals truth that has practical implications for today and points to a firm hope for tomorrow.