The Real Presence of the Risen Christ

By Randall B. Smith 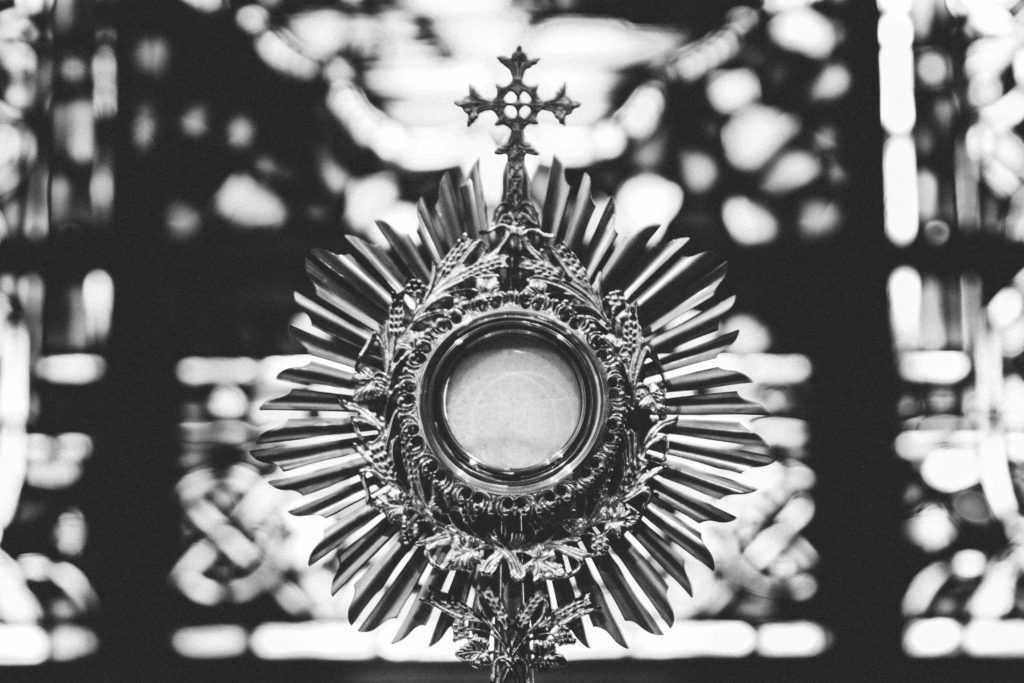 In a conversation once with a friend about the Eucharist, I asked whether she believed in “the Real Presence of Christ” in the Eucharist. “Well,” she replied, “I believe Christ is spiritually present.” I had heard those words before, but I wasn’t quite sure what they meant. I’m still not.

St. Paul proclaims and the Gospel accounts tell us that Christ is really present in the Resurrection—as present to them after his death as he was during life. Indeed, he was in some ways even more present to them since he was no longer subject to the limitations of time and space, and so he was even more capable of being with them when they needed him in spite of any obstacles, like locked doors and windows. After his Resurrection, Jesus’s bodily existence does not suffer the same limitations as ours. We are limited by time and space. But Christ transcends these limitations. He can be present at the times and places of his choosing with those who need him at that moment. But note, he is not conjured up like a demon or a ghost. He appears when and where he chooses. He is now even more fully revealed as Love Incarnate, a love so strong, so divine, that it can transcend even death on a Cross. After the Resurrection, Christ can be present not only with them but in them and above them: in their hearts and minds supporting their connection to the Father and with each other.

This encounter with the risen Christ requires faith. We do not capture him cognitively as a simple object of experience or a mere datum of history. It is not merely a question of seeing; it is a matter of seeing and believing, of seeing and being transformed by what one has seen, of seeing and accepting the gift offered in the encounter. Even before his death and Resurrection, people did not always see Christ fully. They might have seen a man—if they even noticed him at all in the crowd as they hurried along during their busy day, but rarely did people see him as Love Incarnate, as the culmination of all their hopes and the fulfillment of that for which they had been yearning their whole lives. For that, one had to look more deeply. One had to look with the eyes of faith, hope, and love. Even seeing the miracles did not convince many people that God was present with his people. Most people were frightened by an alien power; some even wanted to kill him. Only a few recognized him as Love Incarnate and believed that he was the promised Anointed One, the Messiah who would redeem mankind.

And this was true even before the Crucifixion and Resurrection. At the Last Supper, Christ tells his disciples that he must go away, but he will send the Holy Spirit to help and guide them after he has gone. And he does “go away”—eventually. But after his death on the Cross, he makes a stop on his way back to his Father (so to speak) to spend some extra time with the disciples. Why? Hasn’t he told them everything they need to know? Hasn’t he shown them “the Way”? They have the evidence of the empty tomb of his Resurrection from the dead. Perhaps one or two Resurrection appearances are needed to convince the Apostles that he still lives. But he stays with them for a full forty days and comes to them multiple times. Why?

Jesus was never given to bouts of histrionic miracle-making to reveal his power during his life on earth. And if he had simply wanted to show himself as “God,” he could have “come down off the cross,” as his antagonists taunted him to do. Indeed, if he had wanted to “prove” that he was God, he could have jettisoned fifty feet into the air and shot laser beams out of his eyes. But (a) Christ did not choose to do this even though the Apostles likely would have been highly relieved if he had, and (b) if he had done this, what kind of god would he have been revealing himself to be? The kind of pagan god everyone expected him to be? The kind of god to whom people give sacrifice so that they can gain power? But what if the God he was revealing himself to be wasn’t asking for human sacrifice but was willing to make himself the sacrifice? How else than by dying would he reveal his message that we have to die to self and to selfishness in order to rise in life? How else would he show mortal, suffering human beings, whose life is, as Martin Heidegger claims, a “life towards death,” that would be with them at the moment of their deaths? How else to demonstrate to suffering, mortal human beings that he understands our suffering and was not asking of us anything that he himself had not suffered? How better to show them that death need not be, as it so often seems, a final obliteration but might be, in union with his death and Resurrection, a purgation and beginning of a new resurrected life. 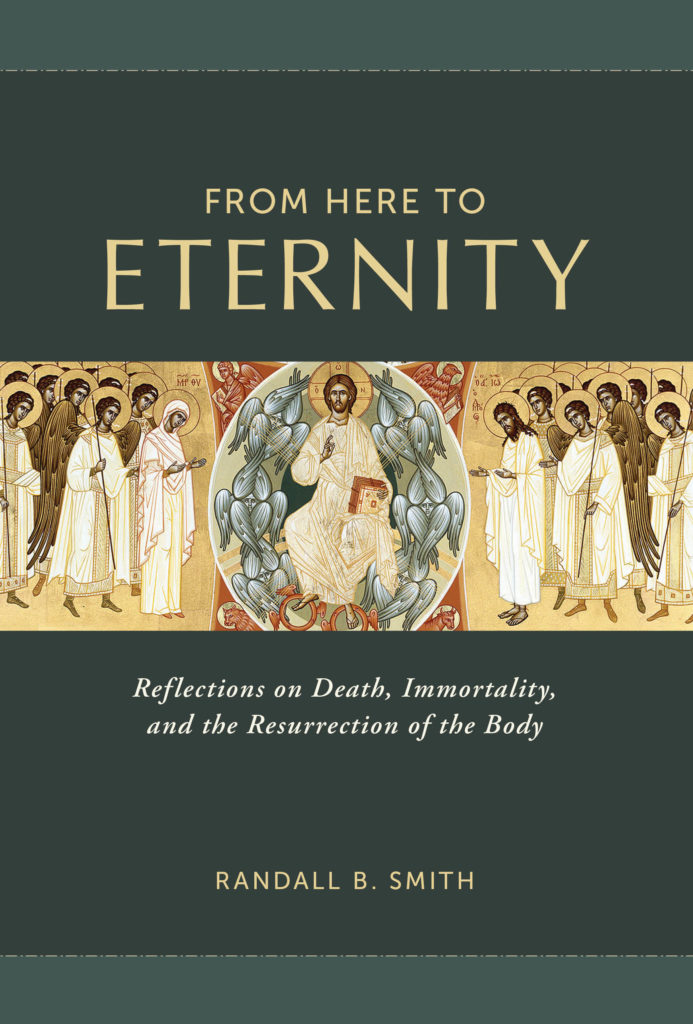 Throughout history and across cultures, people have shared the hope and the belief that somehow something about the human person survives death. Indeed, it seems that without a notion of life-after-death, this life would seem meaningless. If, in the end, everything we have strived for and all our love comes to naught and is simply swallowed up by nothingness, then what was the point of it all? In From Here to Eternity, Randall Smith shows how the Christian doctrines regarding the resurrection of the body and the communion of saints provide an understanding of life after death as a meaningful fulfillment of this life, not a negation of it.