Understanding Vatican II and the One Church of Christ

Stephen A. Hipp is Professor of Dogmatic Theology at the Saint Paul Seminary and University of St. Thomas in Saint Paul, Minnesota. He is the author of  The One Church of Christ: Understanding Vatican II, an explanation of what Vatican II really taught about the Catholic Church’s relationship to other Christian communities. 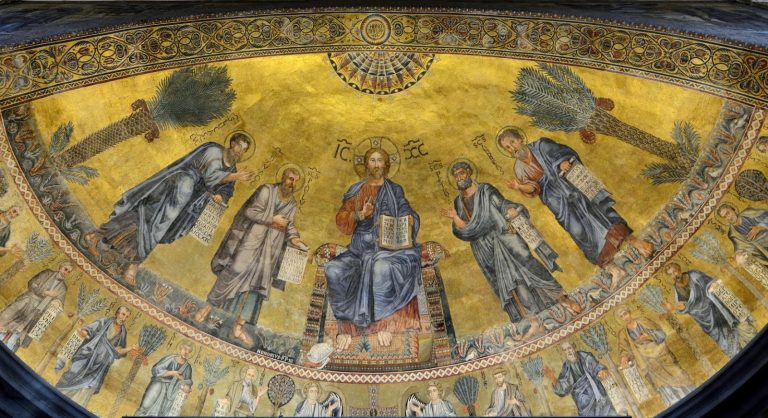 The Catholic Church, precisely on account of what sets her apart from every other community of faith, stands toward them as a foundation, root and source of the supernatural life that is common to them. A basic appreciation of this dynamism demands an etiological analysis. The question to be answered is this: how is the Catholic Church causally related to her separated brothers in Christ?

The concept of ordering has principally to do with final causality, though it presupposes the passive and active principles responsible for the dynamism by which that finality is realized. While it is relatively easy to perceive the connection between the Catholic Church and non-Catholic Christianities in the order of final causality, whether there exists a connection in other causal orders, such as the efficient, formal or material, for example, is less evident. In what follows, I offer a defense of a robust understanding of the nature of the dependency of non-Catholic religious communities upon the Catholic Church, one spelled out in terms of each of the kinds of causality just mentioned, and (thereby) of the redemptive primacy of the indivisible body of Christ.

If it is often erroneously asserted that Vatican II introduced the language of “subsistence” with respect to the Catholic Church in order to make way for a recognition of the presence of Christ’s Church among non-Catholics, and if, on the basis of this distortion, the Church of Christ is thought to enjoy a sort of parallel and relatively independent act of existence outside the Catholic Church, such that, by way of dependency on Christ alone, her separated brethren operate as means of salvation on their own, the teaching of the documents does not support this, but indicates the exact opposite. At the same time that the Council affirms a great wealth of ecclesial endowments adorning non-Catholic Christian communities, it also affirms that this wealth is dependent actually and essentially upon the Catholic Church, thereby shedding deeper meaning on what it means to say that the Catholic Church is necessary for salvation.

What these statements mean, inter alia (and prescinding from what was examined previously), is: that the ecclesial gifts adorning non-Catholic communities belong, properly speaking, to the Catholic Church (with certain implications regarding the mysterious unity and universality of that Church); that the ecclesial reality of each of these communities represents a formal perfection spontaneously inclining toward full union with the Catholic Church (particularly, inasmuch as nature, as an intrinsic and per se principle of motion, is teleologically conceived); that their ecclesial gifts, though able to exist beyond the Church’s visible boundaries, cannot exist beyond the Catholic Church simpliciter; and that these communities are able to serve as instruments of salvation only through the causal power belonging to the Catholic Church.

“‘Whatever is first in any order, is the cause of all that come after it’” (Thomas Aquinas, Summa Theologiae). Jesus Christ is first in the order of grace and of man reconciled to God. It is from Christ himself that any Christian communion, including the Catholic Church, enjoys whatever sanctity and whatever means of sanctification it has. All participate in the fullness proper to Christ: “from his fullness, we have all received.” But, just as Christ’s humanity mediates the supernatural life to man, so that economy is continued through the mediation of his mystical body, of which he is the Head. Christ wills to bestow his supernatural life in a mediated way, and first of all through that which is most intimately one with him, his bride, the Church, which is the Catholic Church. 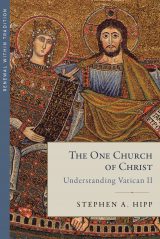