Was There a Time Before Church and State? 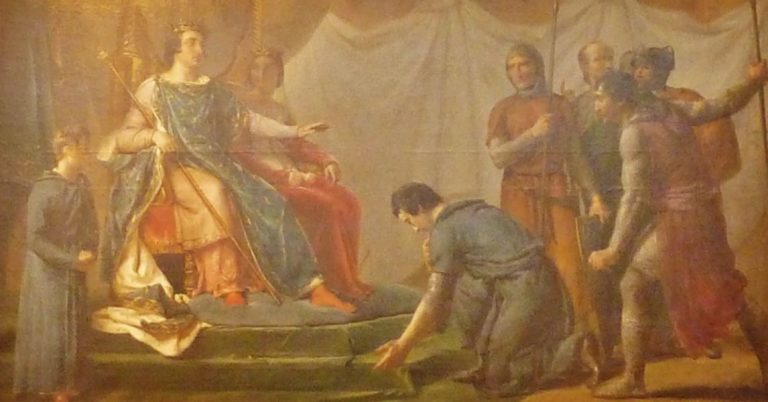 The France that was built over the course of the thirteenth century was, as the popes referred to it, a “most Christian kingdom.” This does not mean that it had a Christian ideology or that Christianity provided the language and imagery through which the “nation” or the “State” was built. It was not that the State was still working through a phase of ecclesiastical interference and rivalry or that the State was in the early phases of development. The State did not exist at all. The State exists only as a particular organizational scheme of thought and practice, as a particular social order at a particular time and place. It has no independent, transhistorical or transcultural existence, no universal applicability.

It may be true that the State described by Max Weber, the sovereign, secular State that holds a delegable monopoly on the use of force within a certain territory that is wielded through an anonymous and rationally organized bureaucracy, had historical reality in the West during the modern period, but that was as transitory as was the social order of the thirteenth century: both were “complete acts” that were passing away as soon as they came into being.

“The State” and its companion, “the secular,” have a history, and there was a time before they existed. While Louis XIV may in some sense have been “the State,” St. Louis IX certainly was not. In a similar way the modern “Church” did not exist in the thirteenth century—neither the voluntary spiritual communion characteristic of Protestantism nor the positive and enclosed jurisdictional structure of nineteenth-century Catholicism. The “religious” has a history, and the construction of the concept of the Church as the realm of the religious is a product of that history.

The narrative of the problem of Church and State in the Middle Ages, in which these modern categories are read back into history, is therefore flawed. It demands that we look for conflicts, alliances, submission, dominance, religious ideologies, and political motives where none may have existed because it is only through such concepts that the data of the sources can be sorted into categories that maintain the fundamental integrity of the “secular” and the “religious,” the State and the Church.

Modern historians sympathetic to Frederick II or Philip IV, as well as those sympathetic to the “papal monarchy,” participate in the construction and maintenance of this narrative, which serves to legitimize the modern Western order by ultimately denying the possibility of other constructions. Within this vision, every society has a State and a Church, every society has the secular and the religious—some societies are simply more developed, more properly sorted, more enlightened, more civilized than others. 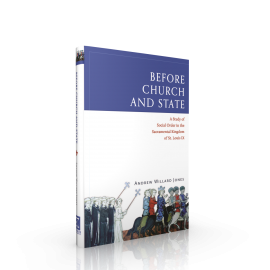 Before Church and State: A Study of Social Order in the Sacramental Kingdom of St. Louis IX by Andrew Willard Jones explores in great detail the “problem of Church and State” in thirteenth-century France. It argues that while the spiritual and temporal powers existed, they were not parallel structures attempting to govern the same social space in a contest over sovereignty. Rather, the spiritual and the temporal powers were wrapped up together in a differentiated and sacramental world, and both included the other as aspects of their very identity.