Son of David: What the Genealogy of Jesus Tells Us 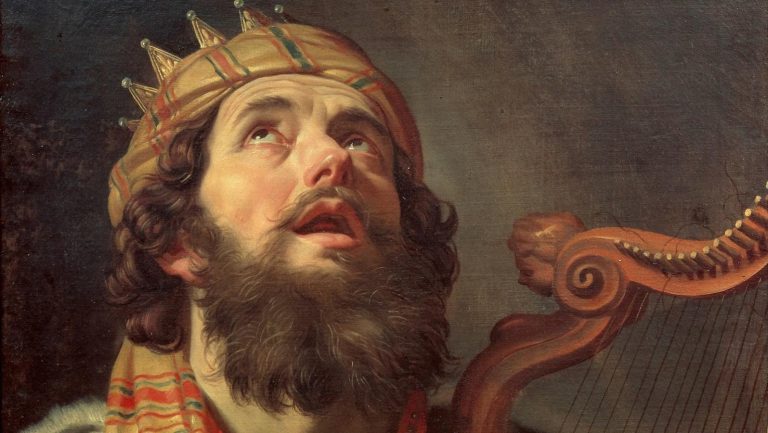 For most readers of the Bible, reading a genealogy is about as exciting as reading a telephone book. Yet this is exactly how the entire New Testament begins in chapter one of Saint Matthew’s Gospel:

I would bet that many readers today do what I did when I first looked at chapter 1 of this Gospel: skip the genealogy and pick up again in chapter 2. Even the few brave readers who survive the list of forty-two generations are nevertheless probably left wondering, “Couldn’t Matthew have chosen a better way to begin his Gospel?” Admittedly, being hit with a family tree of people who lived thousands of years ago doesn’t seem to be the most attractive way to lure people into the story of Jesus Christ. As one New Testament scholar put it, “Let’s face it: Other people’s family trees are about as interesting as other people’s holiday videos.”

For a Jew in Jesus’ day, however, this genealogy would have had more attention-grabbing power than the cover of Time magazine or the front page of U.S.A. Today. It would have summed up all their hopes and expectations about what God had been promising to do in their lives ever since the time of Abraham. And it would have triumphantly announced that God’s plan had come to completion in their own lifetime! In fact, if there were CNN in first-century Palestine, this little genealogy would have made the top story on “Headline News.”

Let’s look at Matthew’s genealogy with new eyes—with the eyes of first-century Jews who would have seen their history and future and very reason for existing summed up in these few verses. In the process, we will begin to see how this story of Jesus, which sums up the story of Israel, has become our story—the story of the Church.

While many people are mentioned in this genealogy, the figure that stands out most is David. It is significant that the first title Matthew bestows on Jesus is the “son of David” (1:1). Another link between David and Jesus is that they are the only individuals who are given titles. David is described as “the king” (1:6) and Jesus is called the “Christ”—meaning “anointed one” (1:16)—a title given to a Davidic king when he was anointed at his coronation. Scholars have also found Davidic imagery in verse 17, in which Matthew draws attention to the number of generations in the genealogy from Abraham to Jesus:

Matthew divides the generations into three sets of fourteen. He is drawing our attention to the number fourteen, which is significant because David’s name adds up to fourteen in Hebrew. Let me explain. In the Hebrew alphabet, consonants are also given numeric value. They represent not only letters, but also numbers. The three Hebrew consonants in David’s name are dwd (d=4, w=6), adding up to fourteen. Thus, the very structure of Matthew’s genealogy centered around three sets of fourteen generations subtly proclaims Jesus to be the “thrice-Davidic Son of David.” Interestingly, David himself appears as the fourteenth generation in the family tree of Saint Matthew’s Gospel.

Why all this focus on David? Allusions to David would bring to mind the glory days of Israel’s history, when the kingdom reached its peak in terms of its political and religious power and influence in the world. God promised David and his descendants an everlasting dynasty: “[Y]our house and your kingdom shall be made sure for ever before me; your throne shall be established for ever” (2 Sam 7:16). This dynasty would have worldwide influence. The Davidic king would rule over all the earth, nations would bow down before him, and in him all peoples would find blessing (Ps 2:8; 72:8–11, 17; 110:6).

One can imagine the excitement a Jew would have felt in reading about the great King David in this genealogy. In the preamble to the genealogy, Jesus is identified as a “son of David.” Then the genealogy traces the descendants of Abraham down to “David the king” (Matt 1:6) and goes on to list the kings of Judah flowing from David’s line (Matt 1:7–10).

Dr. Edward Sri is professor of theology and Scripture at the Augustine Institute’s Master’s in Catechetics and Evangelization program in Denver, Colorado. He is the author of numerous books, including Mystery of the Kingdom: On the Gospel of Matthew.