Why Don’t We Have Women Priests?

Dr. Monica Migliorino Miller is a professor at Madonna College. She has written extensively on the subject of women in the Church, including in her book The Authority of Women in the Catholic Church. 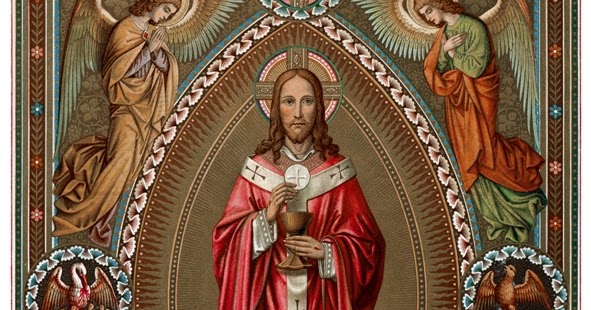 Contemporary critics of the Church, particularly those who classify themselves as feminist theologians, believe the hierarchical structure of all-male priestly authority is an inherently unjust system and sinful in its exclusion of women from positions of power. Their attack is based upon a secular view of authority as a quantifiable force, exercised visibly and publicly by persons who hold a special position or office. So feminists conclude that those who do not possess public office have no authority—at least none that is significant outside of, perhaps, the right to vote. Since women are denied access to Church office, it must be obvious to all that they, ipso facto, are without power. Feminist theologians, especially, believe that women in relation to the hierarchical priesthood are in a position of subjection because they are not permitted to share in this formal, visible office. Women thus cannot speak, cannot direct anyone, and cannot set Church policies. Because men alone, so it seems, are in a ruling and teaching position, feminists resent that their destinies are bound to the directives of men.

Most theologians who share the dominant feminist view believe that the only way for women to achieve recognition and power is for them to be associated with the power of God Himself, and if they cannot serve as a “suitable metaphor” for God then they believe the feminine role is less valued when compared to men and especially male priests. The problem with this view is that it does not actually value what is particular and unique to the role of women in the Church, because for such thinkers it is only God’s voice that matters, and everyone should be speaking His part to have any worth in the covenant of redemption.

Fundamentally, the current crisis of authority concerning the position of women in the Church has to do with how Christians understand the order of redemption itself. This order of redemption has to do with how salvation is actually communicated to the world. How is Jesus in relation to His Church? The crisis of women and authority affects the very identity of the Christian people because it strikes at the very heart of the structure of the Catholic Church and her worship. This crisis troubles the faith-life of Christians, particularly in the areas of morality and the sacraments.

The crisis can only really be resolved when Christians come to appreciate that real authority is not synonymous with power. The person who possesses authority is not simply or always the strong one within a group who then uses his strength to organize the group around his vision. Someone who has this power can declare himself outside the group and exert a dominant position towards the group in a world in which there is no inherent relation between the leader and the group. Nor is there any real relation among any of the members of the group. In fact, if order is achieved by the wielding of power, this presupposes that the group has no meaning or purpose outside of the leader’s will. Dictators and tyrants know this better than anyone. This is the Nietzcheian world without ontological truth or harmony, but this is not the world of God the Father. God has not created a world in which authority is arbitrary and a mere matter of quantifiable strength. In other words, we need to get away from the idea that whoever holds office, whoever has the most strength of will, whoever has strength because of size or numbers is the one who therefore has authority or is deserving of respect. Catholics do not respect or look up to their priests simply because they are nice guys or great moral leaders. Priests are respected because of whom they represent and for whom they are a living sacrament. Namely, a priest manifests the authority of Christ, as Jesus is the Eucharistic life-giver to His Church.

The question needs to be asked: Why should anyone obey God? In what way does God have authority that calls for man’s obedience? If we were to take a poll on this question there would undoubtedly be several answers. For instance, perhaps God should be obeyed because He is almighty in the sense that He can wipe people out if they do not listen to Him or punish them for disobedience. In other words, God is obeyed precisely because He has raw power. Or perhaps God should be obeyed because He is the law-giver, and justice demands that if human beings transgress what He has decreed, punishment is in order. After all, God is the Supreme Being, superior to man in every way, and He therefore has the right to demand that we listen to Him.

But if we really want to understand God’s authority and thus any real authority, whether exercised by God or man, we need to take a look at the action of God in history. God’s action towards the human race provides the foundation of our obedience to Him. Also, simply a look at the word authority itself will be helpful.

The word authority comes from the Latin auctores, meaning “to be the author or creator of something.” A person has authority precisely by giving life. If God has authority, it is because He is life itself and the Creator of all life. When Christians recite the Nicene Creed, the first item of faith declared is, “I believe in God, the Father the Almighty, the maker of heaven and earth.” Yes, God is “the Almighty,” but not in the sense of simply holding power over something in some arbitrary way. Rather, “maker of heaven and earth” defines the almighty character of God. He is truly almighty because He alone can create out of nothing. The fact that He does create is the essence of God’s authority. 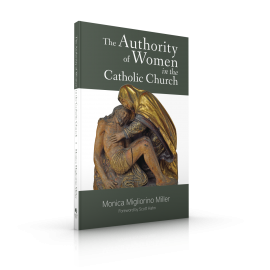