When we survey the history of the Faith, it is undeniable that the lands of northern Africa were profoundly influential in the development of early Christianity. The faith arrived early in Ethiopia, Sudan, Egypt, Libya, and the territories we now call Eritrea, Morocco, Algeria, and Tunisia. African Christians made decisive contributions in theology, liturgy, biblical studies, and culture. With the Arab invasions of the seventh and eight centuries, much of this history was lost to Europe, though the marks of ancient influence remained.

Africa and the Early Church: The Almost-Forgotten Roots of Catholic Christianity uncovers that lost history for interested modern readers, telling the story as much as possible in the words of the great figures in antiquity. To acknowledge these Christians and their churches is to complete the historical picture—and to remember what was once common knowledge.

Mike Aquilina is executive vice-president of the St. Paul Center and a contributing editor for Angelus News. He is author of more than fifty books, including The Fathers of the Church and How the Fathers Read the Bible: Scripture, Liturgy, and the Early Church. 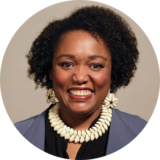 “Mike Aquilina reminds us that ancient Africa, far from being a benighted continent, was a leading light of Christendom and an early bulwark of Western civilization. He regales us with wonderful accounts of heroes and even heretics whose clashes helped define some of our fundamental doctrines to this day. There is a lot to be learned in this book.”Gloria Purvis, Host and Executive Producer of The Gloria Purvis Podcast 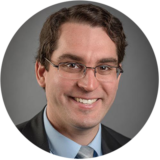 “Mike Aquilina’s beautifully written and exciting book shows us why Hilaire Belloc was wrong: Europe is not ‘the Faith.’ The history of Christian cultures in Africa is an incredible reminder of the universality of the faith and of the great Christian legacies we take for granted today that derive from the heroic and brilliant people of Africa.”Joseph T. Stuart, Ph.D., Associate Professor of History and Fellow in Catholic Studies, University of Mary in Bismarck, North Dakota 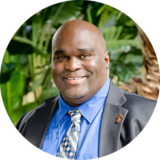 “Africa and the Early Church is a much welcomed addition to the author’s previous works on Christianity’s first centuries. This book covers the often overlooked yet profound biblical importance of Africa, as well as the continent’s rich contributions to the Church’s bourgeoning culture. Aquilina breathes new life into African men and women of the Bible and in Church history, providing greater depth to their roles and significance in both the Old and New Testaments and exploring their theological dynamism that help shape the foundational tenets of the Christian faith. Prepare to be incredibly blessed by this exceptional book that will lead you to deeper intimacy with Jesus Christ and the Catholic Church.”  Deacon Harold Burke-Sivers, Author, Building a Civilization of Love: A Catholic Response to Racism 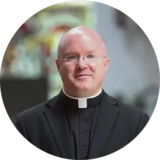 “Even the most fervent Catholics today can forget the extraordinary treasures the early Church in North Africa has bequeathed to us. Mike Aquilina, in this great new book, remedies that amnesia. He brings the giants of the age—Tertullian, Origen, Cyprian, Clement, Anthony, Athanasius, Cyril, Augustine, and others—to life in such a way that we can stand on their shoulders to see things in the Church and in society today more clearly. He also helps us to grasp how the great flourishing of faith now germinating in various countries of the continent—in its fervent faith, saints and martyrs—might at last be restoring Africa to a leading role in the Church universal.”Fr. Roger J. Landry, Catholic Chaplain, Columbia University 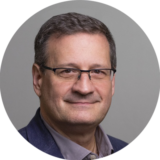 “Once again, Mike Aquilina gives us a down to earth introduction that reads like a fascinating story. Africa and the Early Church is perfect for those new to the topic, making the controversies and contributions of African Christianity come to life. Aquilina has given readers easy access to the martyrs, saints, and important writers of early African Christianity, with enlightening excerpts from the historical documents. This book is a great entry point into early African Christianity, or even into early Christianity in general.”Jim L. Papandrea, M.Div., Ph.D., Professor of Church History and Historical Theology, Garrett-Evangelical Theological Seminary

Be the first to review “Africa and the Early Church: The Almost-Forgotten Roots of Catholic Christianity” Cancel reply

Africa and the Early Church: The Almost-Forgotten Roots of Catholic Christianity