The Lord Jesus Christ intended his kingdom present on earth, the Church of God, to be one, holy, catholic, and apostolic. Prior to the Protestant Reformation in the sixteenth century, history tells of the most egregious division in the Church between the Latin West and Byzantine East in AD 1054 and following. How can it be that Catholics and Orthodox share a thousand years of ecclesial life together in one faith, sacramental order, and hierarchical government, only to have that bond of communion broken?

Historians and theologians throughout the years have spilled much ink in recounting the causes and effects of this dreadful and heart-wrenching division, and among the many debates that exist between Catholics and Orthodox, none are as vital to the task of reconciliation as the subject of the papacy. In The Papacy: Revisiting the Debate between Catholics and Orthodox, Erick Ybarra examines sources from the first millennium with a fresh look at how methodology and hermeneutics plays a role in the reading of the same texts. In addition, he conducts a detailed investigation into the most significant points of history in order to show what was clearly accepted by both East and West in their years of ecclesiastical unity.

In light of this clear evidence, the reader of The Papacy is free to decide whether contemporary Catholicism or Eastern Orthodoxy has maintained the heritage of the first millennium on the understanding of the Papal office.

Erick Ybarra has a Bachelor of Science in Criminal Justice and a career in technology. Initially attracted to skepticism in his teenage years, he later encountered God while a university student and began to intentionally serve Jesus Christ as a Baptist Christian. After years of study, Erick traveled the horizon of Christian history until he found the real roots of the Christian religion in Catholicism. He spends a great deal of his efforts studying and working in the ecumenical dialogue between Catholics and Orthodox, especially on the subject of papal primacy and the filioque. 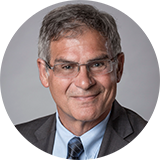 “Erick Ybarra deserves much praise for this excellent book. As is well known, Catholics and Eastern Orthodox are divided over the primacy and universal authority of the Roman Pontiff. What, though, is the record of the first millennium prior to the Schism of 1054? This book examines the historical details of papal interventions and teachings of the first millennium as well as affirmations of universal papal authority by saints recognized by both Catholics and Orthodox. It also discusses the controversial cases of Popes Liberius, Vigilius, and Honorius I, and it highlights the importance of the Tome of St. Agatho endorsed by Constantinople III. Ybarra provides a great service to those interested in Catholic and Orthodox perspectives on the authority of the Bishop of Rome as the successor of St. Peter.”
Robert L. Fastiggi, Ph.D.
Bishop Kevin M. Britt Chair of Dogmatic Theology and Christology, Sacred Heart Major Seminary 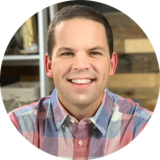 “Jesus once asked Peter, ‘Who do you say that I am?’ But in recent centuries, Peter’s successors, the popes, have turned that question around to all Catholics and Orthodox, asking, ‘Who do you say that I am?’ Who is the pope? What is the papacy? What authority does the pope have, and how far does it extend? These are enduring questions that have been debated for more than a thousand years. But this significant new study from Erick Ybarra approaches them with fresh perspective. Irenic in tone, thorough in scholarship, and fair to opposing views, Erick not only defends the papacy against new Orthodox objections, but analyzes the more basic historical, methodological, and interpretive foundations underlying this debate. The result is an impressive tour de force, the new go-to book for understanding this central point of tension between Catholics and Orthodox.”
Brandon Vogt
Founder of ClaritasU and Author of Why I Am Catholic (And You Should Be Too) 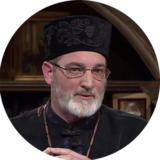 “If the Christian Church is to once again bear witness to the Gospel to a divided and de-Christianized world, it must do so in unity with ‘the first of the apostles, the foundation of the Church, the coryphaeus [conductor] of the choir of the disciples’ (St. John Chrysostom) as embodied in The Papacy.”
Fr. Daniel G. Dozier
Byzantine Catholic Priest and Author of 20 Answers on Eastern Catholicism 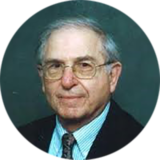 “We should all thank Erick Ybarra for his presentation—at once thoroughly documented, reflectively insightful, and critically aware—of the topic of papal jurisdiction, as it has been articulated over the course of the centuries.”
Matthew K. Minerd, Ph.D.
Professor of Philosophy and Moral Theology, Byzantine Catholic Seminary of Ss. Cyril and Methodius

Be the first to review “The Papacy: Revisiting the Debate Between Catholics and Orthodox” Cancel reply

The Papacy: Revisiting the Debate Between Catholics and Orthodox