The Passover, Calvary, and the Mass

Thomas J. Nash has worked in both the secular media and the Catholic press, with articles appearing in such publications as Lay Witness, Catholic World Report, and This Rock. He is the author of Worthy Is the Lamb: The Biblical Roots of the Mass and contributed to the Catholic for a Reason series. 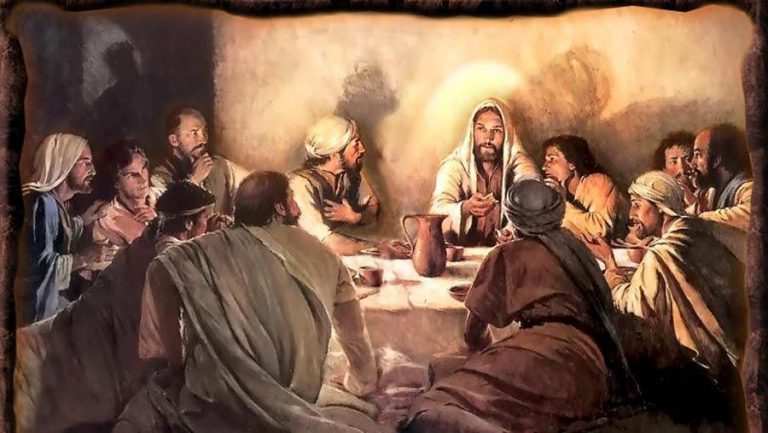 In enabling the re-presentation of His sacrifice at Mass, Christ fulfills the Passover as a “memorial” or “remembrance” (Ex 12:14). For the ancient Hebrews, remembering was never simply a commemoration of a past event. Rather, when the Hebrews remembered an event, God enabled that event to transcend time and impact the present. The Passover would always remain a limited, past event, for Moses, Pharaoh, and all the others lived out the Passover in a specific time and place. Their actions began and ended that day. And each succeeding year, new lambs would have to be offered. However, the event had an enduring effect or impact because of God’s participation. God’s action that first Passover transcended time, as God Himself transcends all time and is able to be present to all history. Thus, because He is God, His Passover action possesses an enduring power that the Israelites could tap into again and again every time they celebrated the feast.

The biblical concept of remembrance becomes even more extraordinary with the New Covenant Passover, which Jesus anticipated and first “pre-presented” at the Last Supper and commanded His Apostles to celebrate thereafter “in remembrance of me” (Luke 22:15–20).10 Because there is only one Lamb whose sacrifice culminates in everlasting glory, both the divine blessing and the Passover sacrifice endure in the New Covenant, making Christ’s once-for-all self-offering present every time we celebrate the Mass “in memory” of Him. Even more profoundly, because Christ’s sacrifice is principally offered in the heavenly sanctuary, we can also say that heaven and earth mysteriously intersect at Mass, enabling us to become present to His everlasting Offering. In other words, Paradise is as close as the next Mass at your local church!

Consider this analogy as a means of further clarification. The sun doesn’t actually rise anew each day. Rather, the sun exists perpetually, within time, and we become present anew to this our earth-sustaining life source each day at sunrise, as our world turns on its axis. Similarly, Jesus the Son of God doesn’t suffer, die and rise again at each and every Mass, as some Protestant Christians misunderstand. Rather, the completed sacrifice of the Lamb, who was slain, transcends time itself and thus is celebrated forever in heaven (Rev 5:11–14). Therefore, every time we “remember” Jesus at Mass, we are able to become present to, and to re-present anew to the Father, from our perspective, the never-ending and eternally life-giving Offering of His Son. While time passes, Christ’s sacrifice of Calvary remains the same (cf. Heb. 13:8), the quintessential Gift that keeps on giving (CCC 1085).

Christ’s historical sacrifice on Calvary cannot be isolated from its liturgical completion in heaven. As Frank Sheed concisely observed, “The essence of the Mass is that Christ is making an offering to the Father of Himself, who was slain for us upon Calvary. The Mass is Calvary, as Christ now offers it to His Father.”

The author of Hebrews makes a profound link between Christ’s Offering of Calvary, and how it will be re-presented and consumed thereafter—in a Melchizedekian fashion: “In the days of His flesh, Jesus offered up prayers and supplications, with loud cries and tears, to him who was able to save him from death, and he was heard for his godly fear. Although He was a Son, he learned obedience through what he suffered; and being made perfect he became the source of eternal salvation to all who obey him, being designated by God a high priest after the order of Melchizedek” (Heb 5:7–10).

In proclaiming that Christ’s perfect sacrifice made Him the source of eternal salvation forever and, thereby, a priest forever according to the order of Melchizedek (Heb 5:9–10), the author of Hebrews affirms that Calvary and the Last Supper are intimately linked in a truly sublime, sacrificial manner. Christ Himself explicitly linked the Last Supper event with His imminent sacrifice of Calvary, offering His Body and Blood under the Melchizedekian signs of bread and wine (Luke 22:19–20; Gen 14:18). The author of Hebrews further tells us that Christ’s Melchizedekian priesthood was enacted in light of Calvary, indicating that Jesus somehow continues His priestly ministry of Calvary, that is, the work of eternal salvation, in a Melchizedekian manner.

Saint Paul corroborates that the memorial of the Last Supper is a sacrifice offered in a Melchizedekian manner, that is, under the appearances of bread and wine (1 Cor 10:14–22; 11:17– 34). Furthermore, as with the Old Covenant, the New Covenant is ratified by the faithful’s communion with the Blood of the sacrificial victim, except a more intimate Eucharistic consumption has fulfilled the more ancient covering with blood (Ex 24:5–8).

Indeed, Jesus promises eternal life to those who reverently eat His Body and drink His Blood (John 6:53–58). As the Lamb of God, who takes away the sin of the world through His once-for-all, yet everlasting sacrifice, He is worthy of our trust. 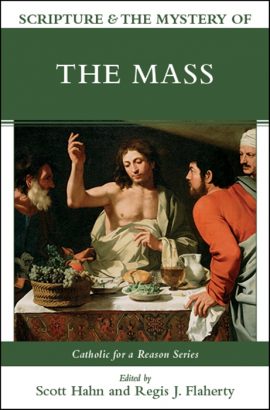 From Genesis to Revelation, Scripture and the Mystery of the Mass explores the biblical roots of the Mass and the practical ways in which the mystery of the Eucharist affects our everyday lives.