Society Must Uphold the Sanctity of Marriage 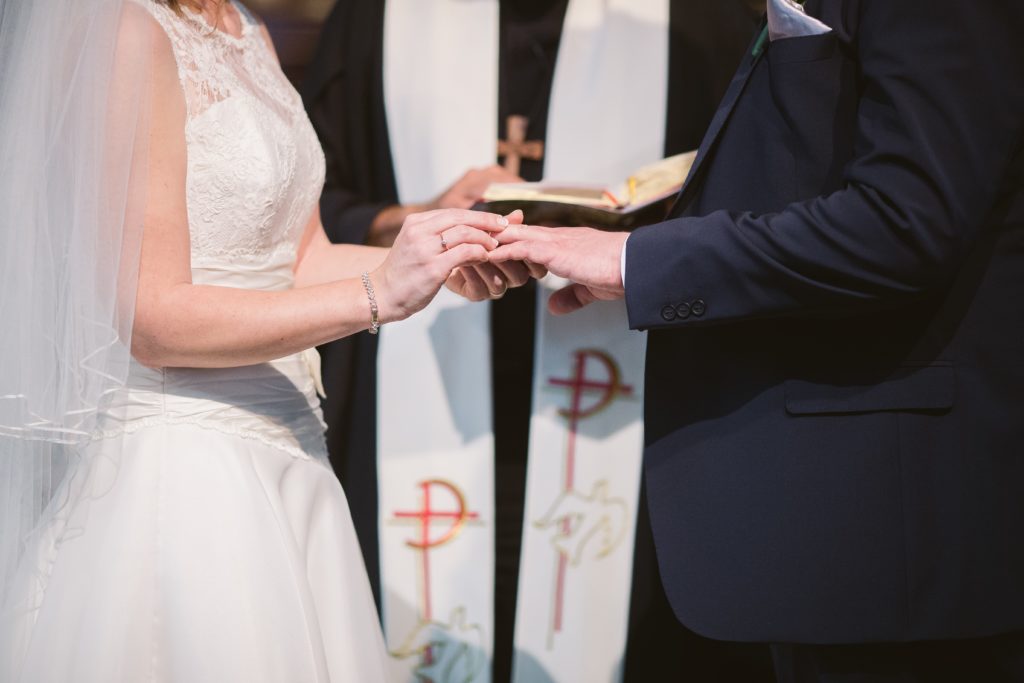 The idea of the atom—an indivisible, discrete unit of matter—was postulated as far back as the ancient world. Scientists only discovered real evidence for the theory in the early nineteenth century, and for the better part of one hundred years they supposed atoms were the smallest particles in the universe.

We now know about electrons and protons and neutrons and Higgs bosons and any number of other subatomic particles. But in an important respect, the theory of the ancients and the model of the early scientists holds true: atoms are the smallest unit of matter that retain all the properties of an element. And so while atoms may not be the smallest particles in the universe, they are the fundamental units of matter.

Scientists were accumulating evidence for atomic theory as other thinkers were formulating new ways to consider human societies. These new liberal ideas emphasized the individual rather than the family, clan, or community. Today we take for granted the preeminence of the individual; that is, we take for granted that the fundamental unit of society is the individual. Sociologists borrow a term from science to describe the breaking apart of civil society brought on by this individualism: atomization.

While we mustn’t ignore the importance of the individual, the truth is that reducing society to a collection of unattached individuals would be like trying to reduce nature to a collection of unattached atoms. It doesn’t get us very far. Sure, we’d have gold and nitrogen and even diamonds (which are just well-organized carbon). But we wouldn’t have water or sugars or proteins, all of which are essential to life, and all of which are molecules—combinations of atoms. Even oxygen gas is a mash-up of two oxygen atoms, not individual particles floating in space.

Likewise, nobody goes through life all alone. We have communities of personal friends and school peers and work colleagues. We bond over sports teams and TV shows. We depend on each other for help in hard times, both personally or through systems of social support. And, of course, we worship together—though not as much as we used to.

Every family, every community, and every society begins, in some way or another, with a man and a woman—an Adam and an Eve. This is how God created us. It is, in fact, how we share most fully His image and likeness, as Genesis tells us: “So God created man in his own image, in the image of God he created him; male and female he created them” (Gen 1:27).

At the very beginning in the garden, God gave the man not a colleague or a mentor but a wife. God could have established any kind of relationship first among His new creations, but He decided on marriage. This was not arbitrary. He was signaling that, for His prized creation, the union of man and woman was of particular and enduring value.

But the concept of the married couple as a place of beginnings didn’t end in the garden. With every marriage, something brand new is established. God may not be rearranging body parts, as He did when He made Eve, but He is, in a real way, rearranging our souls. Every married couple is a new creation: “Therefore a man leaves his father and his mother and clings to his wife, and they become one flesh” (Gen 2:24).

The consummation of the marriage is, in a real and radical way, a new beginning—the creation of a new family that is a reflection of the original creation of all humanity, except this time we participate with God. Whether or not God blesses the union with children, the couple has created something new that has never been before or will be again. This participation in God’s creative power is the foundation of human society.

It was “not good” for Adam to be alone. But why? Was it just the emotional state of loneliness that God found troubling? Or was there something deeper—something in the nature of man and God itself?

We worship, in the words of the Athanasian Creed, “one God in Trinity, and Trinity in Unity, neither confounding the Persons, nor dividing the Essence.” This Trinitarian mystery—how can God be both one and three?—is at the heart of our faith.

Whatever else we might say about this incredible mystery, this much is clear: God is both unity and community. Within God are both the concept of oneness and the concept of togetherness. Further, these concepts are not in contradiction or even competition; rather, they complement and complete each other.

This is why Adam’s loneliness was “not good.” He wasn’t just emotionally incomplete; he was incomplete in his very creation as a being in God’s likeness. To be truly made in God’s image means to be an individual in community.

And marriage is the first human community. It is the fundamental way we participate in God’s Trinitarian essence. This doesn’t mean that celibate priests and religious and single persons don’t participate in earthly reflections of the Trinity; everyone is a member of some community or another, whether secular or religious, that brings our natural orientation to togetherness to life.

Marriage does this, however, in a unique and special way: “they become one flesh.” Nowhere else in the Scriptures is a phrase of such radical unity-in-community used in reference to human beings. The capacity of marriage to being forth children completes the Trinitarian analogy: mother, father, children.

And what is it that sustains the family? The mutual love of all members for one another. When all else fails—when finances run short, when teenage hormones run wild, when tempers run hot—this mutual love keeps that unity-in-community together.

And this mutual love, perhaps more than anything else, reflects the essence of God. We say with conviction and truth that “God is love.” But love requires both a subject and an object—a giver and a receiver. Of course, God’s love is poured out for us, the pinnacle of His creation. But while that fact would justify the statement “God loves,” it doesn’t fully explain the deeper claim that God is love.

We can say that God is love because He is, in His very self, both the subject and the object of love. The Father, the Son, and the Holy Spirit—each of whom are fully God Himself—are in an eternal relationship of love with one another. This perpetual self-giving is what makes God who He is. And it is what marriage reflects, imperfectly but beautifully, in this world.

Dr. Scott Hahn is the founder and president of the St. Paul Center for Biblical Theology and has written numerous books on biblical theology. He holds the Father Michael Scanlan, T.O.R., Chair of Biblical Theology and the New Evangelization at Franciscan University of Steubenville, where he has taught since 1990. 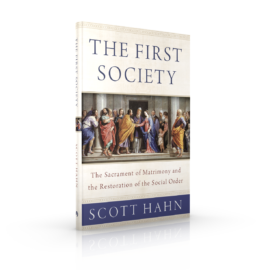 In The First Society: The Sacrament of Matrimony and the Restoration of the Social Order, Scott Hahn makes the startling claim that our society’s ills and its cures are rooted in whether we reject or accept the divine graces made available through the Sacrament of Holy Matrimony.