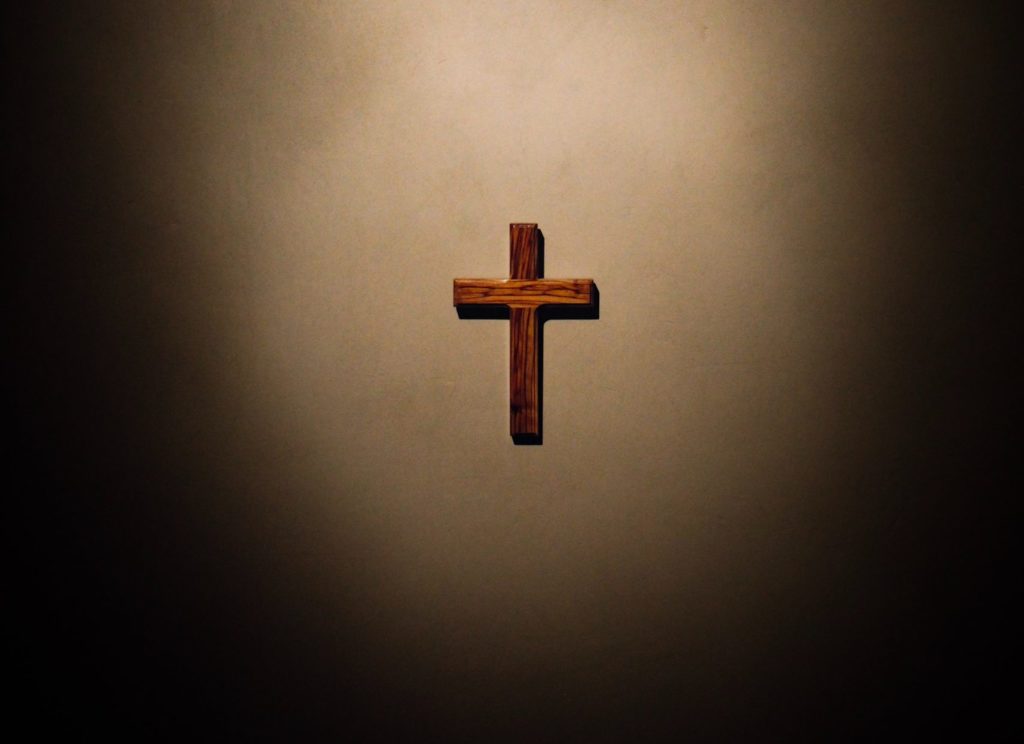 So what is the difference between a heretic and a schismatic? St. Optatus, another of the great African Christian writers, wrote a surprisingly polite argument against a Donatist named Parmenian, in which he makes the important distinction clear. The Donatists are schismatics, but not heretics. They believe the same fundamental truths that Catholic Christians believe. They have the same sacraments. But because their predecessors broke away from the Catholic Church, they are not in communion. When the Donatists say that heretics are cut off from Christ, they’re absolutely right. But schism is a different thing—and, by the way, if you look at history, it’s perfectly clear who broke away from whom.

"Now there is another question: Why have you mentioned those who do not have the sacraments which you and we alike possess? Sound health does not clamor for medicine; strength which is secure in itself does not need outside help; truth has no lack of arguments. It is the mark of a sick man to seek remedies; it is the sign of a sluggard and a weakling to run in search of auxiliaries; it belongs to a liar to rake up arguments. To return to your book, you have said that the endowments of the Church cannot be with heretics, and in this you have said rightly, for we know that the churches of each of the heretics have no lawful sacraments, since they are adulteresses, without the rights of honest wedlock, and are rejected by Christ, who is the Bridegroom of One Church, as strangers...

But to my surprise you have thought good to attach yourselves to those who certainly are schismatics, for in denying the endowments of the Church both to those who are heretics, and also to schismatics, you have denied them to yourselves. Amongst other things you have said that schismatics have been cut off, like branches, from the Vine, and that they have been reserved, marked off for punishment, like dried wood, for the fires of hell.

But I see that you do not yet know that the schism at Carthage was begun by your fathers. Search out the beginning of these affairs, and you will find that in associating heretics with schismatics, you have pronounced judgment against yourselves. For it was not Caecilian who went away from Majorinus, your father’s father, but it was Majorinus who deserted Caecilian; nor was it Caecilian who separated himself from the Chair of Peter or from the Chair of Cyprian—but Majorinus, on whose Chair you sit—a Chair which had no existence before Majorinus himself. Since then there can be no possible doubt that these things have thus happened, and that you are the heirs of betrayers and schismatics, I am, my brother Parmenian, sufficiently surprised—seeing that you are yourself a schismatic—that you should have thought it advisable to join schismatics to heretics.

All these things might well be true of heretics alone, since they have falsified the creed, for amongst them one has said that there are two Gods, though God is One; another wishes the Father to be recognized in the Person of the Son; another robs the Son of God of His Flesh, through which the world has been reconciled to God, and there are yet others of the same kind, who admittedly are separated from Catholic Sacraments. For that reason you should regret that you have coupled schismatics with such men as these, for, when you thought that you were attacking others, you failed to observe how wide is the gulf between schismatics and heretics, and turned the sword of judgment upon yourself.

This is the reason that you do not see which is the Holy Church, and have in this way made confusion of everything. Catholicism is constituted by a simple and true understanding in the law, by a unique and most true mystery, and by unity of minds. But schism, after the bond of peace has been broken, is brought into existence through passion, is nourished by hatred, is strengthened by envy and dissensions, so that the Catholic Mother is abandoned, whilst her unfilial children go forth outside and separate themselves (as you have done) from the root of Mother Church—cut off by the shears of their hatred—and wickedly depart in rebellion. They are not able, however, to do anything new, or different from that which long ago they learned from their Mother.

But heretics, exiles from the truth, deserters of the sound and most true Creed, corrupted by their wicked opinions and led astray from the bosom of Holy Church, reckoning nothing of their noble birth, in order to deceive the ignorant and ill-informed, have been pleased to be born of themselves. And they, who for a long time had been nourished on living food—which not assimilated has turned to corruption—have by impious disputations vomited forth deadly poisons, to the destruction of their wretched dupes.

You see, then, my brother Parmenian, that none but heretics only—who are cut off from the home of truth—possess “various kinds of false baptisms with which he who is stained cannot wash, nor the unclean cleanse, nor the destroyer raise, nor he, who is lost, free, nor the guilty man give pardon, nor the condemned man absolve.”

You have rightly closed the Garden to heretics; you have rightly claimed the Keys for Peter; you have rightly denied the right of cultivating the young trees to those who are certainly shut out from the garden and from the paradise of God; you have rightly withdrawn the Ring from those to whom it is not allowed to open the Fountain. But to you schismatics, although you are not in the Catholic Church, these things cannot be denied, since you have shared true Sacraments with us."

The Donatist schism forced the Church to work through what it meant to be Catholic—and to discover that the answer wasn’t always simple. And the intellectual heavy lifting happened in Africa. The next generation after St. Optatus would produce one of the greatest intellectual weightlifters of all time.

MIKE AQUILINA is executive vice-president of the St. Paul Center and a contributing editor for Angelus News. He is author of more than fifty books, including The Fathers of the Church and How the Fathers Read the Bible: Scripture, Liturgy, and the Early Church. 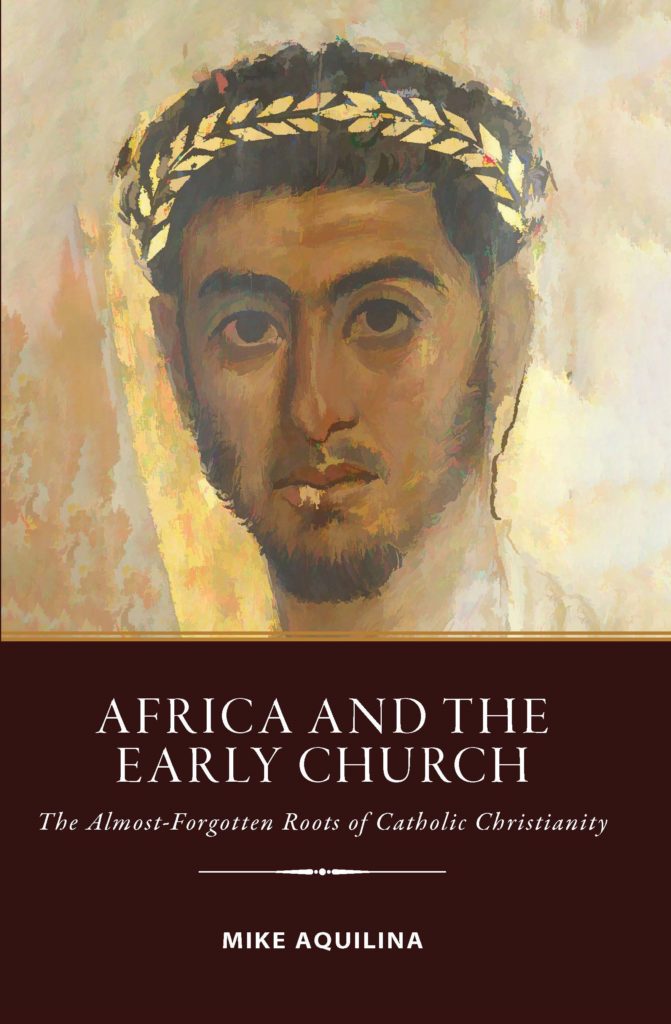 When we survey the history of the Faith, it is undeniable that the lands of northern Africa were profoundly influential in the development of early Christianity. The faith arrived early in Ethiopia, Sudan, Egypt, Libya, and the territories we now call Eritrea, Morocco, Algeria, and Tunisia. African Christians made decisive contributions in theology, liturgy, biblical studies, and culture. With the Arab invasions of the seventh and eight centuries, much of this history was lost to Europe, though the marks of ancient influence remained.

Africa and the Early Church: The Almost-Forgotten Roots of Catholic Christianity uncovers that lost history for interested modern readers, telling the story as much as possible in the words of the great figures in antiquity. To acknowledge these Christians and their churches is to complete the historical picture—and to remember what was once common knowledge.