There Would Be No Scriptures without the Church 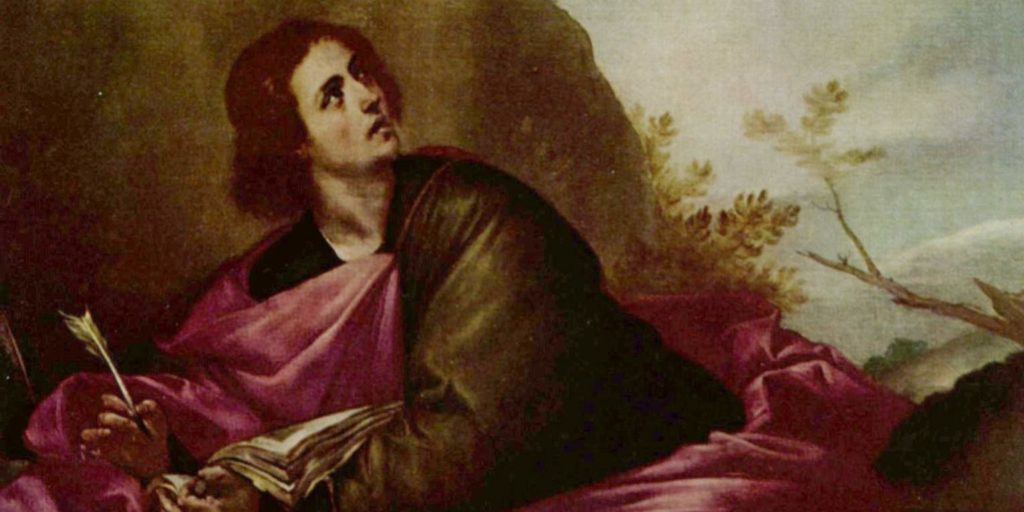 “You search the Scriptures, because you think that in them you have eternal life; and it is they that bear witness to me” ( John 5:39).

We search the Scriptures all the time. Google or DuckDuckGo is here to help. We can just send a search engine off to find whatever we want in the Bible. Every conceivable translation is in our pockets, along with millions and millions of words of commentaries to help us understand—or misunderstand—what we’re reading.

Even before the age of the Internet, the Bible was everywhere. If you checked into a hotel, the Gideons had been there before you and made sure there was a Bible in the nightstand by the bed. Street preachers kept boxes of New Testaments to give away. You could get a cheap paperback Bible for a couple of dollars, or a lavishly illustrated coffee-table edition. It was slightly harder to find Catholic Bibles than Protestant Bibles, but only slightly—you didn’t have to work very hard.

All this means that we live in an age where everyone can have a Bible. Our parents lived in that age, too, and so did our grandparents. Unless we have lived in some totalitarian country where Bibles were banned, we’ve never known a world where that wasn’t true.

This is a luxury our ancestors never dreamed of. We can “search the Scriptures” in seconds. In the ancient world, searching the Scriptures was a job for specialists, and it took the skill of a lifetime. Even in Alexandria, where the famous Library supposedly kept a copy of every book in existence, finding something in a particular book was hard work— assuming you could find the particular book in the first place.

It takes some real imagination to go back fifteen or twenty centuries to an age when ordinary people didn’t have Bibles. But if we don’t put in that work, we’ll misunderstand the early Christians completely. They didn’t live in our world, and their encounters with Scripture happened in one main context: the liturgy. That was where they heard Scripture. And just as important, that was where they heard Scripture interpreted.

Books were luxuries, and even among the literate, not many people could afford to have a lot of them. And how many people were literate? Scholars debate the question endlessly and come to very different conclusions. But they all agree that the majority of people in the ancient world were illiterate. The only way books could reach those people was when somebody read them aloud.

So when Jesus said, “You search the Scriptures,” he was talking to specialists who actually had access to the books. John has him talking to “the Jews,” which is John’s usual word for the Temple authorities. Obviously, Jesus and all the people around him were “Jews” in our ordinary sense, but when John says “the Jews,” he means specifically the people who were in charge of religious observance in Jerusalem. It was their job to search the Scriptures.

Ordinary people encountered the Scriptures in the synagogues, where reading the sacred books was an important part of the liturgy. In fact, most scholars believe that the Liturgy of the Word—the first part of our Mass where we hear the Scripture lessons read and interpreted—comes from that ancient synagogue liturgy.

This was the way the Bible came to the people. In fact, “Scripture” had a specific meaning, both for Christians and for Jews. It meant the books that could be proclaimed in the congregation during the liturgy. Other books might be good books, even very good books, but Scripture was what you heard in church or in the synagogue.

This is what we have to keep constantly in mind when the Fathers interpret the Bible for us. We have to remember that the home of Scripture was the liturgy.

Today we can read volume after volume of commentary on Scripture by the Fathers of the Church. But we forget that those commentaries had a context. Almost without exception, the Fathers were men who had congregations to look after. They wrote their commentaries and their interpretations because they had a flock who needed to know what Scripture meant in their own lives.

Today, with the Bible on every smartphone, we can easily forget that the Church is the home of Scripture. Turning back to the Fathers helps us remember that there is no Scripture without the Church.

Mike Aquilina is executive vice-president of the St. Paul Center and a contributing editor for Angelus News. He is author of more than fifty books, including The Fathers of the Church and The Eucharist Foretold.

In How the Fathers Read the Bible: Scripture, Liturgy, and the Early Church, Mike Aquilina takes readers back to the first centuries of Church life to show how the liturgy became the home of—and the interpretative lens for—Scripture. Aquilina shows how, both then and now, Scripture is only understood through the life of the Church—and in particular, through the liturgy.